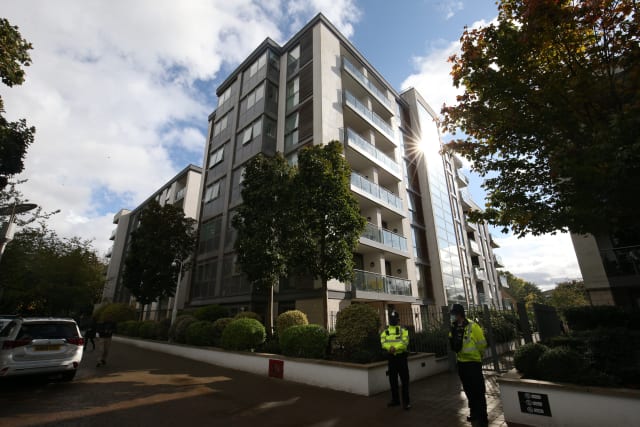 Neighbours have told of their shock after the deaths of a family of three including a young child at a west London flat.

A three-year-old boy and a woman aged in her 30s were found dead at a home in Clayponds Lane, Brentford, shortly before 1am on Tuesday.

A man, believed to be in his 40s, who had suffered stab injuries was treated by paramedics but pronounced dead at the scene.

Police said the child and two adults were known to each other and they are not looking for anyone else in connection with the deaths.

Officers forced entry to the address following concerns for the welfare of the occupants, the Metropolitan Police said.

Neighbours at Golden Mile House said they were shocked to hear the news.

Sheri Diba said the family were “very friendly” and she used to regularly see them taking their dog for walks.

She told the PA news agency: “I’ve always seen them in the lift. They were very friendly. They said ‘Hi, how are you?’ I always saw them together going for walks.

“I feel really bad (hearing the news) because they were very friendly, nice people.”

Ms Diba, a mother of one, said she had lived in the building for seven years and described it as a “nice area”.

Another resident who did not want to give his name said he did not know the family but was taken aback by the news.

He said: “It’s definitely shocking and to just find out through police knocking on your door.

“They just said that a family had been found and wanted to check if we knew them or not.”

He added: “This kind of news is not something you expect, it’s a very quiet and peaceful area.”

Police officers and forensics were at the scene on Tuesday.