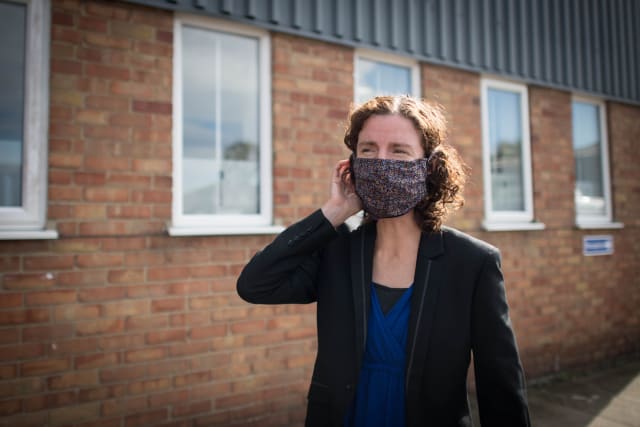 Financial support must be provided “hand-in-hand” to communities impacted by local lockdown restrictions, ministers have been told.

Speaking in the Commons, shadow chancellor Anneliese Dodds criticised the Government for providing economic support to areas impacted by lockdowns only after new measures were put in place.

Ms Dodds also said that a failure to implement a functioning test, trace and isolate system had “profound economic consequences”.

It came as Tory MPs raised concerns over the impact of the 10pm curfew on the hospitality sector.

Ms Dodds said: “17 million people, that’s one in four of us, are living under additional Covid-19 restrictions.

“This was not inevitable, experts agree it’s linked to the continuing failure to deliver a functioning test, trace and isolate system.

“That failure has profound economic consequences, putting businesses and jobs at risk.

“Today, nearly a million people are still on furlough in those areas of the country subject to local restrictions or on the watch list.

“Support for local areas has only ever come after restrictions have been imposed, for example a month later in Leicester’s case.

“Now there are leaked suggestions the Treasury will be involved in decision-making around restrictions potentially to prevent such delays.

“So when will this Government finally be in a position to deliver support hand-in-hand with the imposition of restrictions, not trailing them?”

Treasury minister Steve Barclay responded: “(Ms Dodds) almost implies that the resurgence of the virus is unique to the United Kingdom, and yet anyone who looks across the Continent will see that many other countries, as we come out of the summer period, are seeing exactly the same trend and are dealing with it in many of the same ways that we are within the United Kingdom.”

Ms Dodds also said that the funding given by the Government to areas under local restrictions has been “inconsistent”.

She told the Commons: “The response has been inconsistent. £3 million for Leicester, £7 million for Liverpool City region, an undefined funding package for the North East of England, nothing for Greater Manchester or the West Midlands.

“So which criteria determine that allocation of support to areas under local restrictions? Will they be published? If not, why not?

“Do they truly reflect the needs of areas subject to restrictions?”

Mr Barclay responded: “We will continue, and (Chancellor Rishi Sunak) said this indeed yesterday, we will keep listening, keep striving to be creative in response to the challenges we face and where we can, he will act.

“And it shows our willingness to adapt, and indeed the package of measures (Mr Sunak) brought forward to the chamber just a few days ago with the Winter Plan, illustrates that willingness to listen, to evolve and respond to the virus as the economic needs of the country dictates.”

Mr Barclay was also pressed on the 10pm curfew for pubs and restaurants amid warnings that hospitality businesses were “really struggling”.

Tory MP Matt Vickers (Stockton South) said: “If we do not rethink the 10pm curfew, we could see bars, pubs, restaurants and breweries call last orders for the final time.

“Will the Government back Britain’s boozers and breweries, and rethink its approach to the 10pm curfew?”

Mr Barclay responded: “It is worth reflecting on the fact we’re not alone in that.

“The Netherlands, parts of Spain such as Madrid, have taken a similar approach but it is all about getting the balance right and ensuring we act in a targeted way.”

Tory MP Dehenna Davison (Bishop Auckland) said: “In local lockdown areas like across the North East, hospitality businesses are really struggling with restrictions like the 10pm curfew and the lack of households not being able to meet for a meal and a pint across Bishop Auckland.

“Can I urge (Mr Barclay) please to look at how he can potentially offer some additional economic support and financial support to some of these businesses who’ve seen their takings drop through no fault of their own?”

Mr Barclay responded: “It is about getting the balance right.

“What we have striven to do is ensure that venues are able to continue to be open most of the evening rather than as we saw in the initial lockdown, venues having to close.

“So it is about protecting for the majority of the evening and getting that balance right with the later night socialising when the chief medical officer and others are most concerned in terms of the risk to public health.”