39% of people diagnosed with cancer ‘are severely financially affected’ 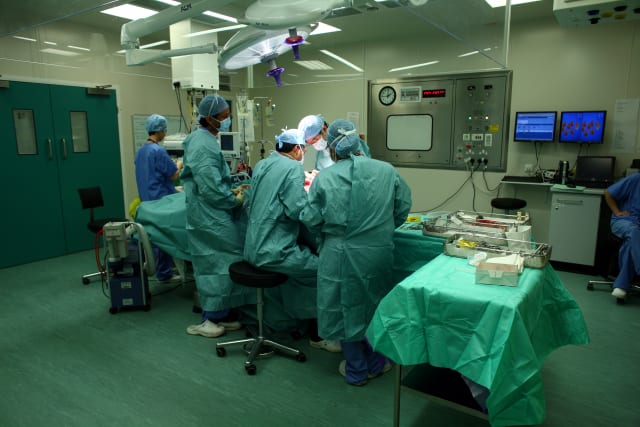 Cancer can be a “financial wrecking ball” for many people, according to a charity.

More than a third (39%) of people with cancer are severely financially affected by their diagnosis, Macmillan Cancer Support said.

Of these people, nearly one in three (31%) have ended up taking out a loan or going into credit card debt.

Lynda Thomas, chief executive at Macmillan Cancer Support, said: “At Macmillan, we hear from people living with cancer every day who are desperately worried about their finances – from worrying about paying their mortgage or putting food on the table, to holding off on switching the heating on when they need it and sitting at home chilled to their bones.

“It’s no exaggeration to say that receiving the life-changing news that you have cancer, for some people, is nothing short of a financial wrecking ball.”

Two-fifths (40%) of those who were in work when they were diagnosed have since lost their job or have left work, the charity said.

It highlighted the case of Sophia, aged 51, who was diagnosed with breast cancer in 2019 and set up a GoFundMe page.

She said: “There are hidden costs that many people won’t foresee when diagnosed with cancer; for example, costs to get to appointments can mount up quickly, or being cold from treatment and spending more time at home might mean your bills can snowball.

“I’d tell anybody diagnosed with cancer to get advice about the costs involved to help you prepare as much as possible, because you don’t know what’s around the corner.

“When you’re given the diagnosis, you don’t necessarily know timeframes and when I found out I needed more treatment than expected and would need to take more time off work, I soon used up all my holiday and sick leave allowance.

“A reduced income and getting a cancer diagnosis are things that feel impossible to prepare for; you don’t think about it until it hits you and all the financial buffers have gone.”

The charity said calls to the financial guidance team on Macmillan’s support line have increased steadily in recent months.

Money raised by runners for Macmillan at the 2021 Virgin Money London Marathon and through Virgin Money’s fundraising activities will help the charity expand its telephone support line.

Fergus Murphy, group personal director at Virgin Money, said: “We’re honoured to have Macmillan Cancer Support as our charity of the year.”

Macmillan is launching a new campaign called Everyone From Day One to help it be there for those facing cancer from the time they are first diagnosed.

Next year’s Virgin Money London Marathon will be held on October 3 and the ballot is open until 5pm on Friday October 9.

A survey of more than 1,300 adults who have received a cancer diagnosis was carried out as part of the research.