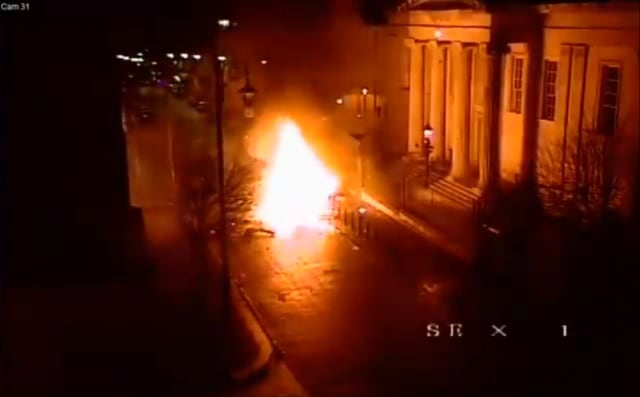 A Westminster committee has urged Stormont to consider an overhaul of Northern Ireland’s justice system to take terrorists off the streets for longer.

The Intelligence and Security Committee made the call in a report into Northern Ireland-related terrorism.

The report found that dissident republican groups “retain both the intent and capability to cause serious damage”, and emphasised the importance of taking experienced terrorists off the streets.

The report refers to “systemic delays” in the Northern Irish judicial process which “appear to be resulting in cases taking months, or even years, to come to trial”.

It highlights the use of oral committal hearings, where cases are heard before magistrates’ courts before being sent to a higher court, as a “contributory factor”.

The report also notes that when cases result in a conviction, “sentences handed down tend to be shorter than in the rest of the UK”.

It contends Northern Ireland’s criminal justice system is in “urgent need of an overhaul”.

Two MPs who served on the previous committee emphasised that taking experienced terrorists off the streets is “critical” to reducing the capabilities of the groups.

Kevan Jones and Stewart Hosie urged the Executive and Assembly to “consider urgently” how criminal justice outcomes can be improved.

The report noted dissident activity in 2019, including the murder of journalist Lyra McKee as she observed a riot in Londonderry, as well as the bombing of the city’s court house, a bomb sent by post to Heathrow Airport and a hoax device designed to lure and kill police in Wattlebridge, Co Fermanagh, for a secondary device.

It also noted failed attack efforts, including bombs sent to post to addresses in Great Britain and a bomb found under the car of an off-duty police officer at Shandon Park Golf Club.

The MPs said that while the New IRA remains the most widespread of the dissident groups, there appears to be evidence of co-operation between different groups.

Turning to Brexit, the report finds that infrastructure on the Irish border for customs checks would be targeted for attack by dissident republicans as well as utilised as a “recruiting tool”.

In terms of loyalist terrorist groups, the report notes that ceasefires have held but that Brexit could “reignite” this threat.

“We queried whether MI5 were prepared for a potential shift in the threat level across various Northern Ireland-related terrorist groups, and were told: I think we can be reasonably confident,” the report reads.

Mr Jones and Mr Hosie commented further that “Northern Ireland-related terrorism has not gone away”.

“Whilst we welcome the Government’s focus on preventing individuals turning to terrorist activity in the first place, MI5 and police resources on the terrorist threat need to be maintained,” they added.

“The committee has welcomed this in principle ⁠- although we must ensure that robust safeguards are in place,” they said.