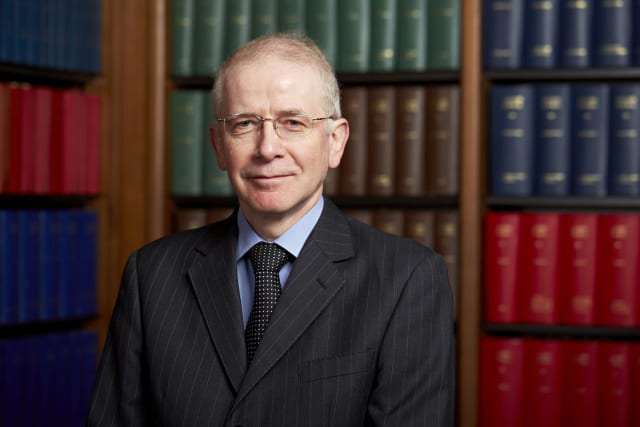 The president of the Supreme Court hopes to see a justice from an ethnic minority background among the 12-strong body in the coming years.

Lord Reed, who became a justice in the court in February 2012 and succeeded Lady Hale as president in January, said a lack of diversity among justices is a situation which “cannot be allowed to become shameful if it persists”.

The court is the final court of appeal in the UK for civil cases and for criminal cases in England, Wales and Northern Ireland, and all 12 current justices are white and only two are women.

Asked when a justice of black, Asian or minority ethnic background will be appointed, Lord Reed told the BBC: “I hope that will be before I retire, which is in six years’ time.”

Justices are appointed by the Queen on the advice of the Prime Minister following a recommendation from a selection commission on which, as president of the court, Lord Reed would sit.

Lord Reed was also asked about the case of Alexandra Wilson – a black barrister who was mistaken for a defendant three times in one day.

The criminal and family barrister tweeted that she was “absolutely exhausted” after staff at the court repeatedly failed to recognise that she worked in the legal profession last month.

Lord Reed called the incident “appalling”, adding: “Alexandra Wilson is a very gifted young lawyer, an Oxford graduate who has won umpteen scholarships, and for her to be treated like that was extremely disappointing to say the least.”

Meanwhile, he also challenged accusations of judicial activism which followed in the wake of the Supreme Court ruling that Prime Minister Boris Johnson’s decision to suspend Parliament was unlawful.

Lord Reed told the broadcaster: “What we are doing isn’t activism, it’s giving effect to the law.”