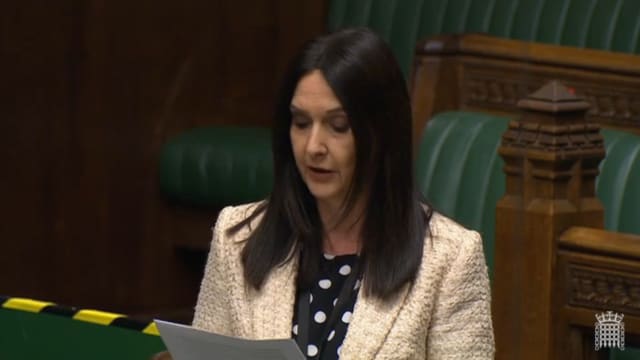 The leader of the SNP at Westminster has called on one of his own MPs to stand down, urging her “to do the honourable thing” as calls for her resignation increase.

Ian Blackford has joined a chorus of senior figures inside and outside the party calling for Margaret Ferrier to resign her seat after it emerged she travelled between Glasgow and London with coronavirus.

Ms Ferrier said in a statement on Thursday there was “no excuse” for her actions, as she said she had travelled to the House of Commons while awaiting test results and returned home – both by train – after she had been told she was positive.

First Minister Nicola Sturgeon is among those calling for her to stand down as an MP, describing her actions as “dangerous and indefensible”.

Mr Blackford told the Daily Telegraph Ms Ferrier should resign in a bid to save her “self respect and dignity”.

“Margaret has to respect the fact there’s been a breach of trust between her and the electorate,” he said.

“She has to preserve her own self respect and dignity and do the honourable thing.

“A failure to resign on her own terms means she will face a parliamentary standards inquiry.

“Nobody knows where that will go but she runs the risk of having her fate being taken out of her hands.”

The MP has not made any public statements about her future since the admission on Thursday, with speculation increasing over her position.

Scottish Lib Dem leader Willie Rennie called for the use of the recall process to unseat Ferrier if she refused to stand aside.

A by-election could then be forced if 10% of her constituents in Rutherglen and Hamilton West signed a recall a petition.

Scottish Labour leader Richard Leonard has called for Ms Ferrier to be expelled from the SNP, which has already withdrawn the whip from the MP.

He said: “Having had the weekend to reflect on her action, Margaret Ferrier has shown she is more interested in keeping her Westminster salary and perks than she is in doing the right thing.

“The only step available to the SNP leadership now is to expel her from the party.”