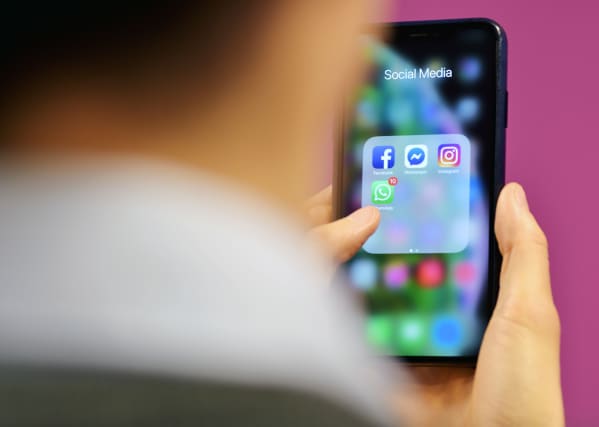 Instagram is celebrating 10 years since the app first went live to the public.

The platform launched on iOS only on October 6, 2010, focused on being a social network for sharing photos.

Here, the PA news agency looks at some of the prominent moments in Instagram’s history:

Instagram was founded by Kevin Systrom and Mike Kriege but did not start life as we know it today.

According to reports, it was first known as Burbn, with a focus on location check-in and photo-sharing features.

However, they decided to go in entirely on the photo front, given that the location element was already being done by Foursquare.

An Android version followed in 2012.

Under the deal, Systrom and Kriege would stay on but in September 2018 the pair announced they would be leaving to “explore our curiosity and creativity again”.

Adam Mosseri took over as head of Instagram, in a role he still holds today.

Instagram has increasingly expanded beyond simple image-sharing in order to compete with rivals, sometimes drawing accusations of copying.

Instagram Stories, which launched in 2016, was compared to rising competitor Snapchat, with a timer that meant content would be automatically deleted after 24 hours instead of staying on a person’s profile permanently.

One of Instagram’s lures is the fact celebrities can be found on it, many of whom make announcements via the platform first.

Sir David Attenborough recently became the fastest person to have one million followers.

Instagram has also been centre stage to high-profile disputes, notably an episode between Coleen Rooney and Rebekah Vardy last year.

She used a process of elimination, sharing false Instagram Stories and setting it so that only Vardy’s account could possibly see what was being said.

One of the more intriguing Instagram moments came in the form of an egg.

The image posted on the world_record_egg account shows a single egg on a plain white background.

It managed to amass more than 25 million likes from the day it was uploaded on January 4 until January 14, toppling previous record holder, reality star Kylie Jenner.

Instagram has come under scrutiny for its impact on mental health, particularly among young people.

Access to self-harm images is one matter that has come under the spotlight after the family of teenager Molly Russell found she had viewed social media content linked to anxiety, depression, self-harm and suicide, before taking her own life in November 2017.

Her father, Ian Russell, said he had “no doubt Instagram helped kill my daughter”, blaming algorithms used by the platform for enabling her to view more harmful content.

Instagram subsequently banned “graphic images of self-harm” and restricted those with suicidal themes – it later added drawings and cartoons showing methods of self-harm or suicide.

The debate around mental health has opened more widely into “likes” as well.

In 2019, the app trialled hiding “likes” from public view, in a bit to ease “pressure” and stop the platform feeling “like a competition”.