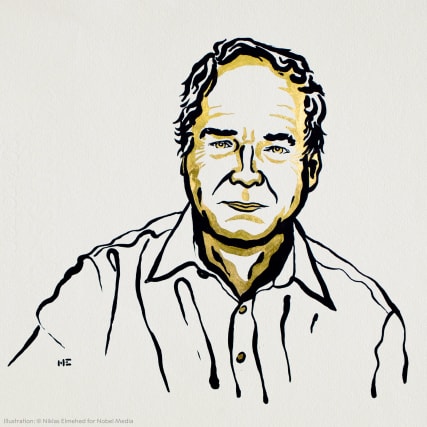 The 2020 Nobel Prize for Physiology or Medicine has been jointly awarded to three scientists, including a British professor.

Michael Houghton and Americans Harvey J Alter and Charles M Rice were awarded the prize for the discovery of the Hepatitis C virus.

Prior to their work, while the discoveries of the Hepatitis A and B viruses were vital, the majority of blood-borne hepatitis cases remained unexplained.

The identification of Hepatitis C virus revealed the cause of the remaining cases of chronic hepatitis and made possible blood tests and new medicines that have saved millions of lives.

According to the World Health Organisation, there are more than 70 million cases of hepatitis worldwide and 400,000 deaths each year.

The award comes with a gold medal and prize money of 10 million Swedish kronor (£867,000), courtesy of a bequest left 124 years ago by the prize’s creator, Swedish inventor Alfred Nobel.

Announcing the prize in Stockholm on Monday, the Nobel Committee noted that the trio’s work helped explain a major source of blood-borne hepatitis that could not be explained by the Hepatitis A and B viruses.

The committee said: “Thanks to their discovery, highly sensitive blood tests for the virus are now available and these have essentially eliminated post-transfusion hepatitis in many parts of the world, greatly improving global health.”

It added: “Their discovery also allowed the rapid development of antiviral drugs directed at Hepatitis C.

“For the first time in history, the disease can now be cured, raising hopes of eradicating Hepatitis C virus from the world population.”

In the 1960s, Baruch Blumberg determined that one form of blood-borne hepatitis was caused by a virus that became known as Hepatitis B virus, and the discovery led to the development of diagnostic tests and an effective vaccine.

He was awarded the Nobel Prize in Physiology or Medicine in 1976 for this discovery.

At that time, at the US National Institutes of Health, Prof Alter was studying the occurrence of hepatitis in patients who had received blood transfusions.

Researchers then began the work of identifying the novel virus.

While working for the pharmaceutical firm Chiron, Prof Houghton undertook the work to isolate the genetic sequence of the virus.

His work identified the Hepatitis C virus, developed blood tests and identified new drug targets for this virus as well as developing a vaccine for clinical development.

Prof Rice, a researcher at Washington University in St Louis, found that Hepatitis C virus alone could cause the unexplained cases of hepatitis.

Prof Houghton was born in the United Kingdom, and received his PhD in 1977 from King’s College London.

He joined GD Searle and Company before moving to Chiron Corporation, Emeryville, California in 1982.

All three scientists will receive one third of the prize each.