PM: Trade deal is there to be done but UK would still prosper without 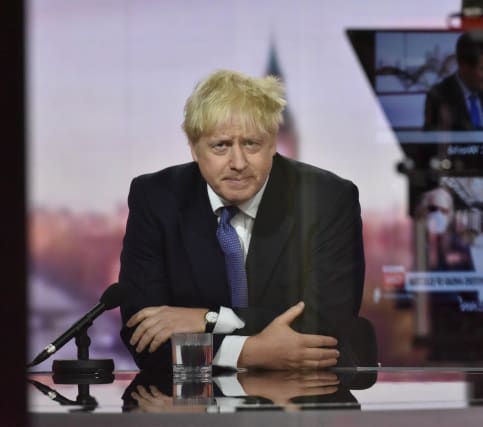 The Prime Minister has said a UK-EU trade deal is “there to de done” but highlighted the UK could “prosper mightily” if no deal is reached, as the two sides agreed to intensify talks.

Boris Johnson and European Commission president Ursula von der Leyen spoke via video conference on Saturday to take stock of progress in the negotiations following the final scheduled round of talks between Brussels and the UK this week.

Following their conversation on Saturday, the pair have tasked their chief negotiators with working “intensively” to resolve the remaining differences in the post-Brexit trade talks.

Speaking to the BBC’s Andrew Marr Show, Mr Johnson said: “I think it’s there to be done. Alas, there are some difficult issues that need to be fixed.

“There is no question that the EU needs to understand that we’re utterly serious about needing to control our own laws and our own regulations.

“And similarly they need to understand that the repatriation of the UK’s fisheries which were lost in 1973 is very important.”

Fishing rights, state aid and governance continue to be vexed issues between the two sides as they look to ratify a new trading relationship before the transition period ends on December 31.

Responding to a comment made by Dutch prime minister Mark Rutte that a UK-EU trade deal is a “geopolitical necessity,” Mr Johnson told the BBC: “Good for Mark, in which case I hope that they’ll agree to the deal that we’ve set out.

“I hope that they’ll agree to the deal that we’ve set out because it’s a very good deal for the EU.

“All we’re asking our friends and partners to offer is terms that they’ve already offered to Canada which is you know a long way away from here.

“We’re very close to our European friends and partners, we’ve been members of the EU for 45 years, I see no reason why we shouldn’t get those sorts of terms.”

He added: “I don’t want the Australian-WTO type outcome, particularly, but we can more than live with it.”

UK negotiator Lord Frost tweeted following the leader’s statement to confirm that discussions with his EU counterpart Michel Barnier would “begin as soon as we can next week”.

But in the weekend’s joint statement between Downing Street and the European Commission, there was no mention of a target date for a resolution.

“The president of the European Commission, Ursula von der Leyen, and the UK Prime Minister, Boris Johnson, spoke today about the state of play in the negotiations on the future relationship between the UK and the EU,” they said.

“They agreed on the importance of finding an agreement, if at all possible, as a strong basis for a strategic EU-UK relationship in future.

“They endorsed the assessment of both chief negotiators that progress had been made in recent weeks but that significant gaps remained, notably but not only in the areas of fisheries, the level playing field, and governance.

“They instructed their chief negotiators to work intensively in order to try to bridge those gaps.

“They agreed to speak on a regular basis on this issue.”

The shared decision by Mr Johnson and Ms von der Leyen to intensify the talks could pave the way for what is dubbed “the tunnel”, where the negotiating teams enter a media and briefing-free blackout in a bid to work out compromises on the outstanding differences.