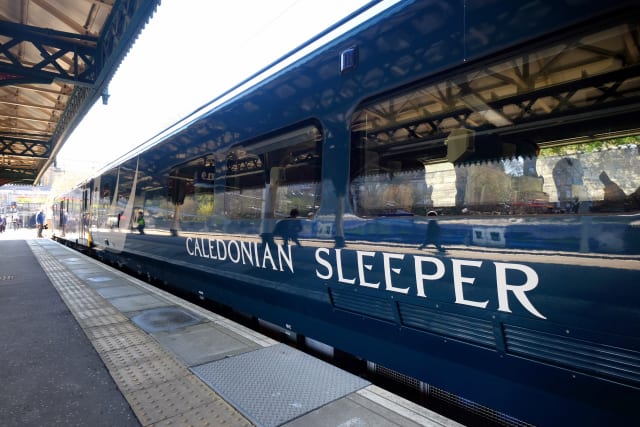 Caledonian Sleeper staff have begun the first of two periods of planned strike action which has led to services being cancelled.

The Rail, Maritime and Transport Union (RMT) said operator Serco has not provided enough berths for rest periods for members who began the first of two 48-hour walkouts from 5.30pm on Sunday as well as action short of a strike.

Staff will be out at a number of stations where the overnight service between London and Scotland departs and arrives including Fort William, Inverness, Glasgow Central, Edinburgh and Euston.

Picket lines will be supervised with social distancing rules maintained.

Mick Cash, RMT general secretary, has criticised the lack of government action in dealing with the dispute.

He said: “RMT members are standing rock solid in their strike action on the Caledonian Sleeper this evening but it remains a scandal that Serco appear to have deliberately provoked this dispute and have never had any intention of entering serious talks.

“Instead of working with the union on a solution to the very real issues of safety and fatigue they have declared war on their staff. That is a disgrace.

“It is also wholly unacceptable that the political leadership in Scotland, distracted by the scandal of one of their own travelling on trains while Covid positive, have not lifted a finger to help us settle this dispute.

“They should get off their backsides and haul Serco into line. Their lack of action is grossly irresponsible.

“Our members on the Caledonian Sleeper, demanding nothing more than a safe working environment, deserve better than this shocking treatment.

“We are grateful for the huge level of support that has flooded in and it’s now down to the company to get serious and negotiate a settlement.”

All hosts and team leaders have been instructed not to book on for shifts until 5.30pm on Tuesday.

Members have also been instructed not to undertake any rest day working, higher grade duties or voluntary overtime between the evening of October 6 and October 11, and from 5.31pm on October 13 until further notice.

Previously, Serco said the plans for industrial action are “extremely disappointing” and claimed to have “done everything possible to provide staff with rest areas on board”.