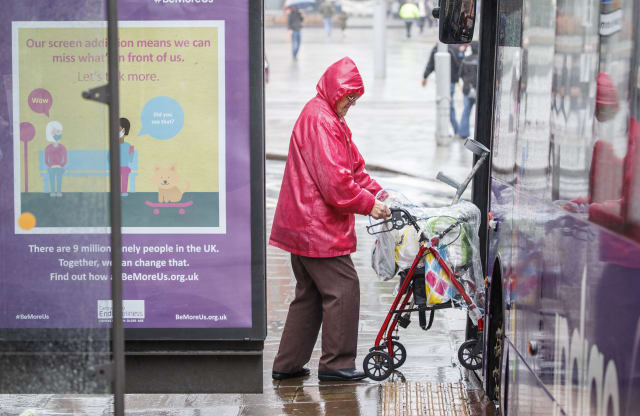 The UK's wet weekend will continue as a weather warning for rain across parts of Wales and England has been extended.

Some places in Somerset and Hampshire have had more than a month's worth of rainfall in 42 hours, as the Met Office issued warnings not seen since March.

The amber warning in place in Wales, the West Midlands and into western parts of southern England, was due to expire at 6am – but has been extended until midday.

The public have been warned to expect flooding and transport disruption, with more than 50 flood alerts and a small number of flood warnings issued.

Elsewhere, a yellow warning for rain in northern Ireland was issued on Saturday night, and is in place until 6pm on Sunday.

Met Office meteorologist Greg Dewhurst said areas within the amber warning areas could see 20mm of rain, with as much as 50mm over higher ground on Sunday.

"Still a fair bit of rain to come over the next 24 hours," he said.

The Met Office said in the 42 hours running up to 6pm on Saturday, there had been 116mm of rain at Blackpitts Gate in Somerset, and 101mm at Princes Marsh in Hampshire.

A family of four had to be rescued by firefighters from a road in Billericay, Essex, on Saturday morning after their car became trapped in floodwater, while police forces across the country issued warnings to drivers after a number of crashes on waterlogged roads.

ScotRail said following Saturday's bad weather, affected areas will need to be checked first thing on Sunday morning to make sure routes are safe for services to run, resulting in some lines being closed.

RAC Breakdown spokesman Rod Dennis said that road conditions would be "miserable if not downright dangerous" for drivers this weekend.

He said they drivers need to be prepared for "an ugly mix" of surface spray, gusty winds and more than likely some disruption on the roads.