What the papers say – October 2 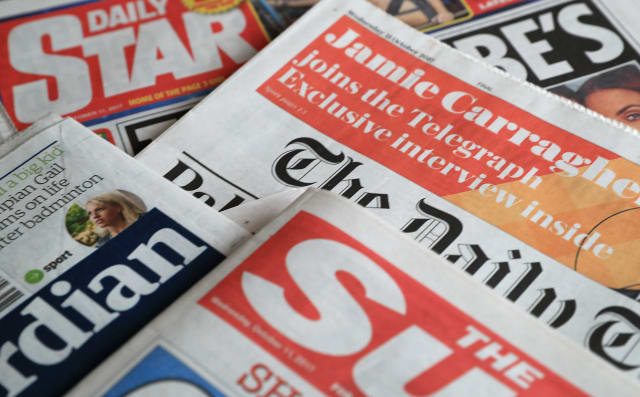 Friday’s front pages are awash with reaction to Margaret Ferrier’s apology for travelling to London to debate the coronavirus response in Parliament after experiencing Covid-19 symptoms.

The Daily Telegraph reports the SNP minister’s actions “broke Covid laws twice”, while the Daily Mail says her 800-mile trip from Scotland to Westminster and back triggered a “major alert” in Parliament.

Ms Ferrier now faces fines “totalling thousands of pounds”, according to the i.

Elsewhere, The Times leads with accusations that the Foreign Office leaked asylum policies in an attempt to discredit Home Secretary Priti Patel – policies which The Independent says had been branded “illegal, expensive and illogical”.

Coronavirus cases have doubled in most English cities and towns subject to local lockdown measures, according to The Guardian.

The Metro reports Mayor of Middlesbrough Andy Preston has said he will defy the Government’s imminent regional lockdown laws.

The Daily Express carries comments from Chancellor Rishi Sunak that he will not forget the “hidden victims” of the pandemic.

George Floyd’s sister has called on Americans to vote Donald Trump out of office in the forthcoming US election, according to the Daily Mirror.

The Financial Times reports on some financial issues facing Rolls-Royce.

And the Daily Star leads with comments from US President Donald Trump that McDonald’s chips kept him from going bald.