The high-profile figures who have breached coronavirus restrictions 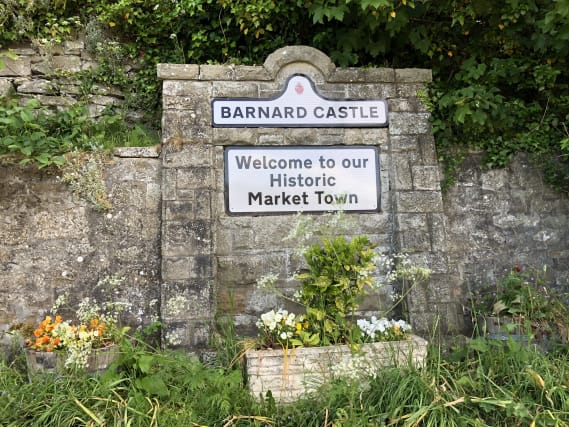 The whip has been suspended from Margaret Ferrier, who has apologised for travelling to London to debate the coronavirus response in Parliament after experiencing Covid-19 symptoms before testing positive and returning to Scotland.

She said there was “no excuse for my actions” and said she had reported herself to police after revealing her journey while positive with the virus.

Ms Ferrier said she took a test on Saturday afternoon after experiencing “mild symptoms”, meaning she should have self-isolated, before travelling by train to London on Monday.

“The rules apply to everyone and they’re in place to keep people safe.”

Other people who have found themselves in the spotlight over the lockdown rules include:

Former Labour leader Jeremy Corbyn breached the “rule of six”, which limits the number of people in social gatherings, according to a report.

He attended a dinner with eight other people, breaking one of the tight restrictions in place during the Covid-19 pandemic, The Sun newspaper said.

New laws prohibiting social gatherings of more than six people came into effect on September 14, with police now able to disperse any such gatherings and fine individuals £200 for a first offence.

The newspaper, which claimed the dinner party took place on September 26, said Mr Corbyn had apologised.

The Prime Minister’s father Stanley Johnson has said he is “extremely sorry” after being pictured shopping without wearing a face covering on September 29.

He was pictured in The Daily Mirror newspaper perusing the shelves at a newsagents in west London, seemingly breaking the rules by not covering his mouth and nose.

He allegedly broke the Government’s lockdown rules when he was spotted at his parents’ property in Durham where he was recovering from coronavirus symptoms, after travelling from his London home with his wife and son who also fell ill.

Mr Cummings defended his actions in a press conference in the Downing Street rose garden, saying he believed he behaved “reasonably” and did not regret his actions.

The scientist, whose research helped usher in the lockdown, resigned on May 5 from his role as a key Government adviser after admitting that he had undermined social distancing rules by reportedly meeting his “lover” at his home.

Scotland Yard criticised his behaviour as “plainly disappointing” but ruled out issuing a fine because he “has taken responsibility” after resigning as a key Government adviser in the coronavirus response.

Scotland’s chief medical officer resigned in April after twice breaking lockdown restrictions in order to visit her second home, which was located more than an hour away from her main residence in Edinburgh.

Despite Scottish First Minister Nicola Sturgeon backing Dr Calderwood to remain in her position, she ultimately decided to relinquish her role so as not to be a “distraction” from the Government’s social-distancing message.

The Housing, Communities and Local Government Secretary was forced to explain himself in April after travelling more than an hour to visit his parents despite warning people to remain at home.

Mr Jenrick was also criticised for travelling 150 miles from his London property to his Herefordshire home from where he travelled to his parents’ home in Shropshire.

However, he defended his actions, saying he went to deliver food and medicine to his isolating parents.

The MP for Aberavon in South Wales was publicly shamed by police after travelling to celebrate his father’s 78th birthday on March 28.

After Mr Kinnock posted a photo on Twitter of himself practising social distancing with his parents outside their home, South Wales Police replied: “We know celebrating your dad’s birthday is a lovely thing to do, however this is not essential travel.

“We all have our part to play in this, we urge you to comply with (lockdown) restrictions, they are in place to keep us all safe. Thank you.”

The Manchester City and England full-back was forced to apologise in April after it was widely reported he held a party at his Cheshire home in a blatant violation of the nation’s lockdown measures.

The club promised that the 30 year-old would also be subject to an “internal disciplinary procedure”.