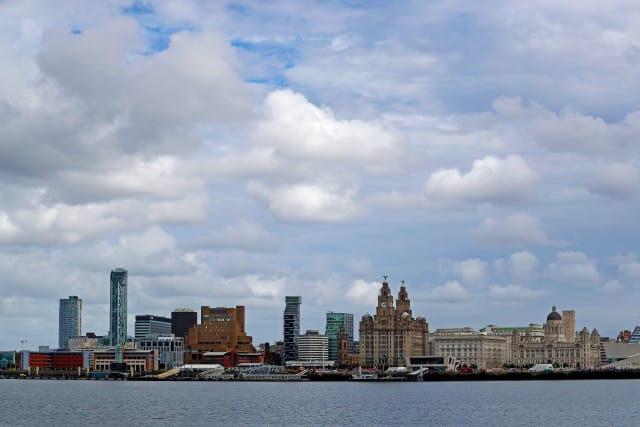 New local lockdowns will be imposed in the north of England as travellers arriving from Turkey and Poland are to be told to enter quarantine to combat a resurgence in coronavirus.

More than a third of the UK will be under heightened restrictions when Liverpool, Warrington, Hartlepool and Middlesbrough enter local lockdowns on Saturday.

Holidaymakers began cancelling their plans after Transport Secretary Grant Shapps announced on Thursday that more countries will be removed from the quarantine exemption list.

Those returning from Turkey, Poland and the Caribbean islands of Bonaire, St Eustatius and Saba will have to isolate for 14 days if they arrive after 4am on Saturday.

The developments came as SNP MP Margaret Ferrier admitted breaking self-isolation rules by travelling to Parliament after experiencing symptoms and then taking a train to Scotland having tested positive.

Her party swiftly suspended her after the disclosure but leaders Nicola Sturgeon and Ian Blackford were facing questions over what they knew and when amid anger at the MPs actions.

Earlier in the day, Health Secretary Matt Hancock said there were “early signs” that new restrictions imposed in the past month were beginning to have an impact.

But he announced new restrictions on north-west England, similar to those imposed in the North East earlier this week.

He told MPs that action was needed with there being 268 cases per 100,000 people in Liverpool.

It will be illegal for households to mix indoors there, as well as in Warrington, Hartlepool and Middlesbrough, from Saturday.

In Middlesbrough, independent mayor Andy Preston said: “As things stand we defy the Government and we do not accept these measures.”

But it was later clarified that he will urge people and business to comply with the regulations.

Local lockdowns came into force in Denbighshire, Flintshire, Conwy and Wrexham in North Wales from 6pm on Thursday.

In Northern Ireland, Londonderry and nearby town of Strabane will face new restrictions next week, with hospitality businesses reduced to takeaway, delivery and outdoor dining.

Labour leader Sir Keir Starmer called for a “rapid review” of the local lockdown strategy and urged the Government to consider whether the 10pm curfew should remain.

Proposals being considered in Whitehall could see a simpler, three-tiered approach to local restrictions, but these have yet to be finalised.

Mr Hancock defended the 10pm curfew in pubs and restaurants but promised to do “whatever we can” to support the hospitality industry.

Meanwhile, Mr Shapps announced the latest countries to be removed from the safe travel corridor list.

Ms Ferrier, the MP for Rutherglen and Hamilton West, apologised and reported herself to police on Thursday.

She said she experienced Covid-19 symptoms on Saturday afternoon but felt better so travelled to the Commons on Monday to take part in a coronavirus debate.

It was that evening, she said, she tested positive for the virus and travelled home to Scotland on Tuesday morning.

She was suspended by the SNP when her actions became public, but it emerged that she told the whip on Wednesday afternoon.

“We now know that the SNP were informed on Wednesday that Margaret Ferrier had been tested, after she had already travelled back to Scotland from London by public transport while infected with the virus,” Mr Ross said.

“These actions not only broke the law, they will have put lives at risk.”