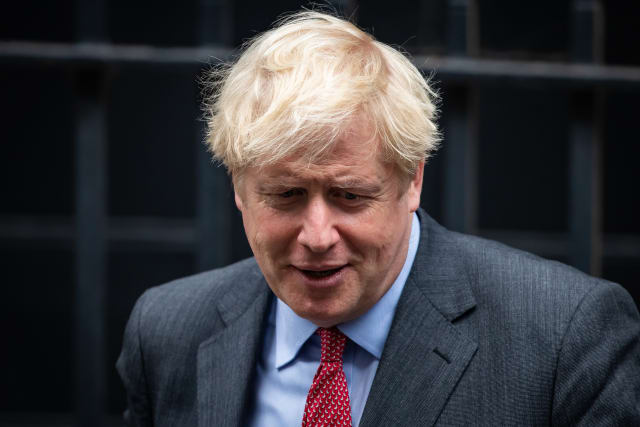 The Prime Minister advocated “local solutions” to tackle the virus, which has so far seen nearly a third of the UK under some form of restriction, but warned it remained a national threat.

Boris Johnson said the way the virus is spreading may be different now to the way it was in March when the UK went into national lockdown.

“We are seeing some very clear local peaks,” he told a Downing Street press conference on Wednesday.

“It may be that this is a more localised phenomenon this time in which case all the more reason for us to concentrate on these local solutions as well as these national solutions.”

His comments come as a third of the UK population will be affected by some form of restriction when new coronavirus measures come into effect in four additional local authority areas in Wales from Thursday.

People in the affected areas will be unable to enter or leave their areas without a reasonable excuse, while tougher restrictions in north-east England means people could be fined if they mix with others from outside their household or bubble in indoor settings, including pubs and restaurants.

Chief medical officer Professor Chris Whitty said it is possible that the UK could see patterns of cases that are “highly concentrated in certain areas (and) lower rates in others”.

But he added: “It is far too early to say that, we’ve got a long winter ahead of us and a lot could happen over that time.

“So I think to predict forward from here would be a big mistake.”

He said that, although the virus was not doubling as quickly as it was in March, the numbers could pick up again quickly.

“This small number of deaths now shouldn’t reassure us that we won’t be, in relatively short order, in quite difficult places, certainly in the regions where we are seeing significant growth at the moment,” Prof Whitty said.

Chief scientific adviser Sir Patrick Vallance echoed this sentiment, stating: “It would be wrong to take from this that this is a problem in certain areas.

“It is worse in certain areas, but there is evidence of spread everywhere and we need to be mindful of that, everyone needs to take precautions across the country.”

To clarify any uncertainties, Mr Johnson added: “Yes of course it is more acute in these particular local areas but it is vital to stress that this remains a national threat and a national challenge.

“We can’t just expect it to be solved in the parts of the country which we think are particularly affected, it’s down to all of us.”

Mr Johnson admitted there could be complexities in the local approach but advised the public to use “common sense” about following the rules.

“The best thing I can tell you is that everybody in the North East or elsewhere, in Merseyside, the Midlands, everywhere there are local restrictions, get on the websites, look at precisely what you’re supposed to do,” he said.

Wednesday’s update of the rolling seven-day rate of new cases of Covid-19 for every local authority area in England put Burnley at the top of the list, with 327.3 cases per 100,000 people.

These areas are among a range of regions whose residents have been told not to meet other households indoors or in private gardens and they are allowed essential travel only.

Meanwhile, people across Scotland have been told not to meet anyone from another household indoors while households across Northern Ireland are not allowed to mix indoors and non-essential travel outside the area is not allowed.