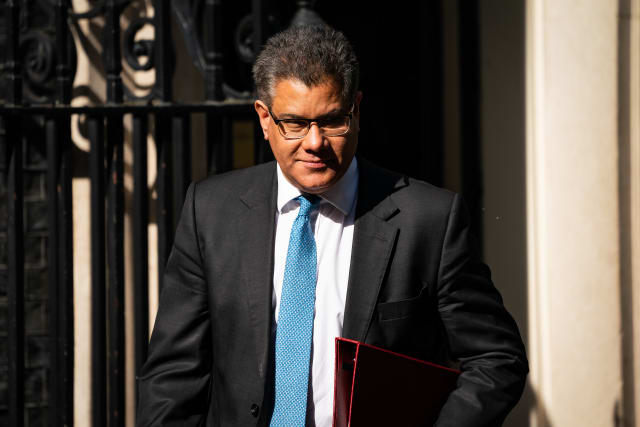 A Government minister has hinted that concessions for Tories disgruntled by quick-fire coronavirus rules could be on their way as one of the rebel ringleaders vowed not to let the issue lie.

Business Secretary Alok Sharma said ministers would “come forward with some suggestions” to pacify concerns that there had been a lack of scrutiny in a recent flurry of restrictions designed to stem the second wave of Covid-19 infections across the UK.

MPs are due to vote on Wednesday to renew the powers in the Coronavirus Act enabling ministers to impose sweeping controls, but more than 50 Tory MPs have signed an amendment by the chairman of the influential Conservative backbench 1922 Committee, Sir Graham Brady, requiring the Government to consult Parliament on any new measures.

With Labour and the Liberal Democrats backing the motion, the rebels believe they have the numbers to defeat the Government if it is put to a vote.

However, they may not get the chance, amid reports that Commons Speaker Sir Lindsay Hoyle has been advised it is a binary vote, with MPs either agreeing to renew the powers or rejecting them wholesale.

But amendment signatory Steve Baker MP said that even without a vote those calling for more checks were “not going to go away”.

When four North Wales local authority areas – Denbighshire, Flintshire, Conwy and Wrexham – go into lockdown at 6pm on Thursday, it will mean a third of the UK population will be under some kind of restriction.

Mr Baker said implementing measures without a vote in Parliament meant MPs could not properly represent their constituents.

Speaking to BBC Radio 4’s Today programme, the former minister said: “Either later today we will face a reasonable offer which we can accept, back down – and gladly – or we will end up that these members of Parliament are not going to go away and we will keep battling on, as I say, with a fierce resolve to preserve the institutions which we are proud of and which we wish to defend in the public interest.”

Mr Baker blamed the Prime Minister’s mix-up on Tuesday – in which he had to apologise for “misspeaking” when trying to explain the latest restrictions in the North East of England – on a “large and shifting body of law” that even ministers cannot keep up with.

“We can’t possibly expect 70 million people to keep up with law that changes every 24 hours – this would be chaos and ruin,” he said.

Mr Sharma – who accused the media of engaging in a “gotcha” style of journalism in the way it was quizzing ministers over the latest regulation changes – suggested a compromise could be in the offing.

Mr Sharma told the Today programme: “What colleagues are asking for is if there is some way, prior to decisions being made, whether they can be involved, and I know that is something that we are looking at in Government and we will come forward with some suggestions.”

Pressed on whether that meant concessions, the minister said: “We are having a look, as I said – I don’t want to pre-empt anything that comes out.”

Mr Sharma stressed that scrutiny was already in place, with regular questioning of ministers in the media and in the Commons, while Downing Street had also committed to giving MPs the opportunity to question the Government’s scientific advisers more regularly.