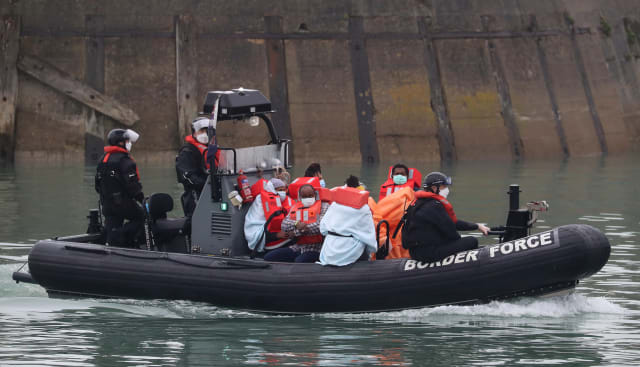 Asylum seeking migrants could be processed on disused ferries moored off the coast, according to reports.

The suggestion came after it was also claimed that the UK was considering sending migrants to centres in Papua New Guinea, Moldova, or Morocco.

Government sources refused to be drawn on the reports, stating that the UK was examining how other nations handled migrants with a view to “informing” the British situation.

Buying retired ferries to house migrants seeking asylum to house them off the UK coast and convert the vessels into processing centres is being considered by Number 10, according to The Times.

The newspaper also stated the Home Office discussed moving migrants to decommissioned oil platforms in the North Sea for processing, but the idea was rejected.

In a version of the Australian “offshore” model, asylum seekers could also be sent to detention centres in Papua New Guinea, Moldova, or Morocco, The Guardian said.

Downing Street has asked officials to look into the matter, but has met with “push back” from the Foreign, Commonwealth and Development Office, the newspaper said, stating it had seen documents to the effect.

Placing migrants on ships is seen as “more realistic” and is an option to be put to Prime minister Boris Johnson, according to reports.

Government sources said that Britain was looking at the way other countries handle the situation regarding migration to “inform a plan for the UK”.

The reports follow controversy over a proposal discussed in the Home Office that asylum seekers could be processed on Ascension Island in the South Atlantic.

The option came as a surprise to inhabitants on the volcanic territory 4,000 miles from the UK.

The idea considered within Priti Patel’s department that asylum seekers could be transferred to the British overseas territory in the South Atlantic has been derided as “inhumane” by critics at home.

But it was also dismissed on Wednesday as an unfeasible, “logistical nightmare” by a member of the Ascension Island Council, Alan Nicholls.

Shadow home secretary Nick Thomas-Symonds said: “This ludicrous idea is inhumane, completely impractical and wildly expensive. So it seems entirely plausible this Tory Government came up with it.”

Refugee Action chief executive Stephen Hale added: “It’s deeply troubling that our Home Secretary even considered that this immoral and inhumane plan was a serious solution to a humanitarian crisis.”

A senior United Nations official told the Commons Home Affairs Committee she urged the Home Office not to adopt the idea.

Rossella Pagliuchi-Lor, the UK representative of the United Nations High Commissioner for Refugees, said: “This is the Australian model and I think we have already seen that the Australian model has brought about incredible suffering on people who are guilty of no more than seeking asylum.

“It has also additionally, I think, cost, and continues to cost, an incredible amount of money, so it seems to be both extremely inappropriate in terms of the commitments that the country should have to human rights and to asylum, but also an incredibly impractical and expensive way of doing so.”

Ms Patel has vowed to stop migrants making the perilous journey across the English Channel in small boats amid record numbers of crossings.

The proposal further reflects the influence of Australia – which has controversially used offshore processing and detention centres for asylum seekers since the 1980s – on the UK’s immigration and asylum policy.

The Government has based its post-Brexit points-based immigration system on that developed in Australia.