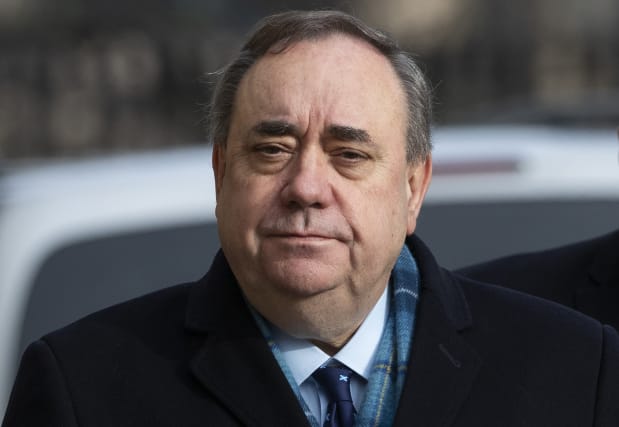 The convener of the Holyrood inquiry into the handling of harassment complaints about Alex Salmond has asked Scotland’s highest court to release all evidence relating to the botched investigation of the former first minister.

In an attempt to bypass legal wrangling and disagreements between Mr Salmond’s lawyers and the Scottish Government, Linda Fabiani has appealed directly to the Court of Session to access the “essential” evidence.

Both sides have offered to begin legal proceedings to release evidence used in the judicial review that ruled the Government’s investigation into the sexual harassment claims was unlawful.

But although Ms Fabiani said the Government and Mr Salmond have publicly stated their willingness to release documents relating to the case, she told the court “the parties differ in terms of their understanding of what access can be provided”.

She has therefore written to the principal clerk at the Court of Session in Edinburgh asking for the release of all evidence lodged during the legal challenge.

Ms Fabiani has also requested both sides’ pleas, all affidavits, interlocutors, judicial decisions and any details of requests for disclosure of documents by either side, the recovery of information and details about the expenses involved in the legal challenge.

Pledging to comply with all relevant legal restrictions, she wrote: “We consider that having sight of some of the court documents is essential to enable the committee to meet the terms of its remit.”

The inquiry by the Committee on the Scottish Government Handling of Harassment Complaints, which is also awaiting evidence from SNP chief executive Peter Murrell, said the lack of evidence amounts to “obstruction”.

In a statement released on Tuesday, Ms Fabiani said the investigation is being “completely frustrated” because it is still waiting for information from key witnesses, preventing MSPs from hearing evidence for three consecutive weeks.

The committee probe was launched in the wake of the Court of Session’s ruling the Government had acted unlawfully in its investigation of the former first minister, who was awarded £512,000 of public money for his legal costs.

Ms Fabiani said it has been repeatedly frustrated by the refusal of witnesses to provide evidence and urged them to “engage productively” so the committee can proceed with its inquiry.

In a new letter to Deputy First Minister John Swinney, the committee convener expresses “frustration” at the Scottish Government’s previous refusals to hand over evidence, adding that the Government has delayed the inquiry.

She also calls for Mr Swinney to reconsider his refusal to waive legal privilege and “release details of when and what legal advice was made available during the judicial review without any further delay”, citing numerous examples where the Government has previously done so.

Ms Fabiani wrote: “Such disclosure is necessary to enable this committee to properly discharge the constitutionally important functions of the Parliament: to promote the public interest by ensuring that the First Minister and Scottish Government are held to account for their actions in dealing with complaints about the former first minister and to maintain public confidence in the conduct of government litigation having due regard to the public purse.”

The committee has also set Mr Salmond a deadline of Friday October 2 for a submission of all evidence currently available to him.

School meals success for Rashford, but ‘communications disaster’ for Government