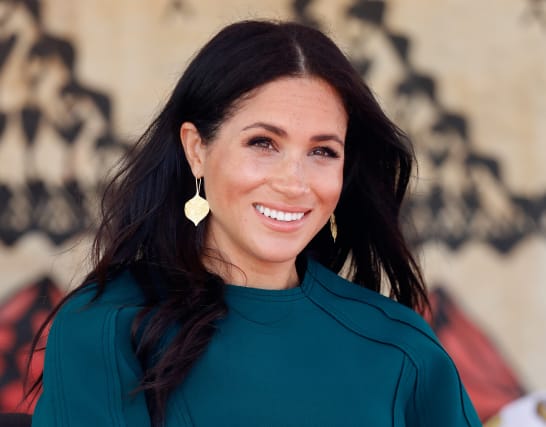 The Duchess of Sussex has said she was “in tears” while preparing to deliver a speech at her old school following the death of George Floyd.

Meghan, who became the first mixed race person to marry a senior royal, had shared her “absolute devastation” at racial divisions during an impassioned Black Lives Matter speech at Immaculate Heart High School in Los Angeles.

Speaking to the Fortune Most Powerful Women summit on Tuesday, she said: “I was just in tears thinking about it, and I was just explaining to my husband why I thought that it was so heart-breaking, certainly for me being back in Los Angeles and it being so reminiscent to the state of Los Angeles with the riots after the Rodney King beating.

“And so for these girls to be graduating from high school, which should be a very celebratory time, to be plagued with that unrest felt troubling to me.”

“I just spoke from the heart, and that’s probably why it doesn’t look polished and why it doesn’t feel perfect, but that’s also why it’s authentic,” she added.

The actress also told the virtual summit that things she has said in the past have not been “controversial” – though she did not give examples.

“If you look back at anything I’ve said, it’s really interesting, because what often ends up being inflammatory, it seems, is people’s interpretation of it,” she said.

“But if you listen to what I actually say, it’s not controversial.

“And actually, some of it is reacting to things which just haven’t happened, which in some ways, I think you just have to have a sense of humour about it even though there is quite a lot of gravity, and there can be a lot of danger in misinterpretation of something that was never there to begin with.”

She added: “There are always going to be nay-sayers, but at the end of the day I used to have a quote up in my room many many moons ago, and it resonates now perhaps more than ever when you see all the vitriol and noise that can be out in the world.

“It’s by Georgia O’Keeffe – ‘I’ve already settled it for myself, so flattery and criticism go down the same drain and I am quite free.’

“And the moment you are able to be liberated from all these other opinions of what you know to be true, then I think it’s just very easy to just live with peace and live with authenticity. And that is how I choose to move through the world.”

The Duke of Sussex has also said more action is needed to root out systemic racism in society, as he described current efforts as “bringing a bucket of water to a forest fire”.

He made the comments in August during an interview with Rashad Robinson, president of Colour of Change – a non-profit civil rights advocacy organisation in the US – on systemic racism, hate online and people with privilege.