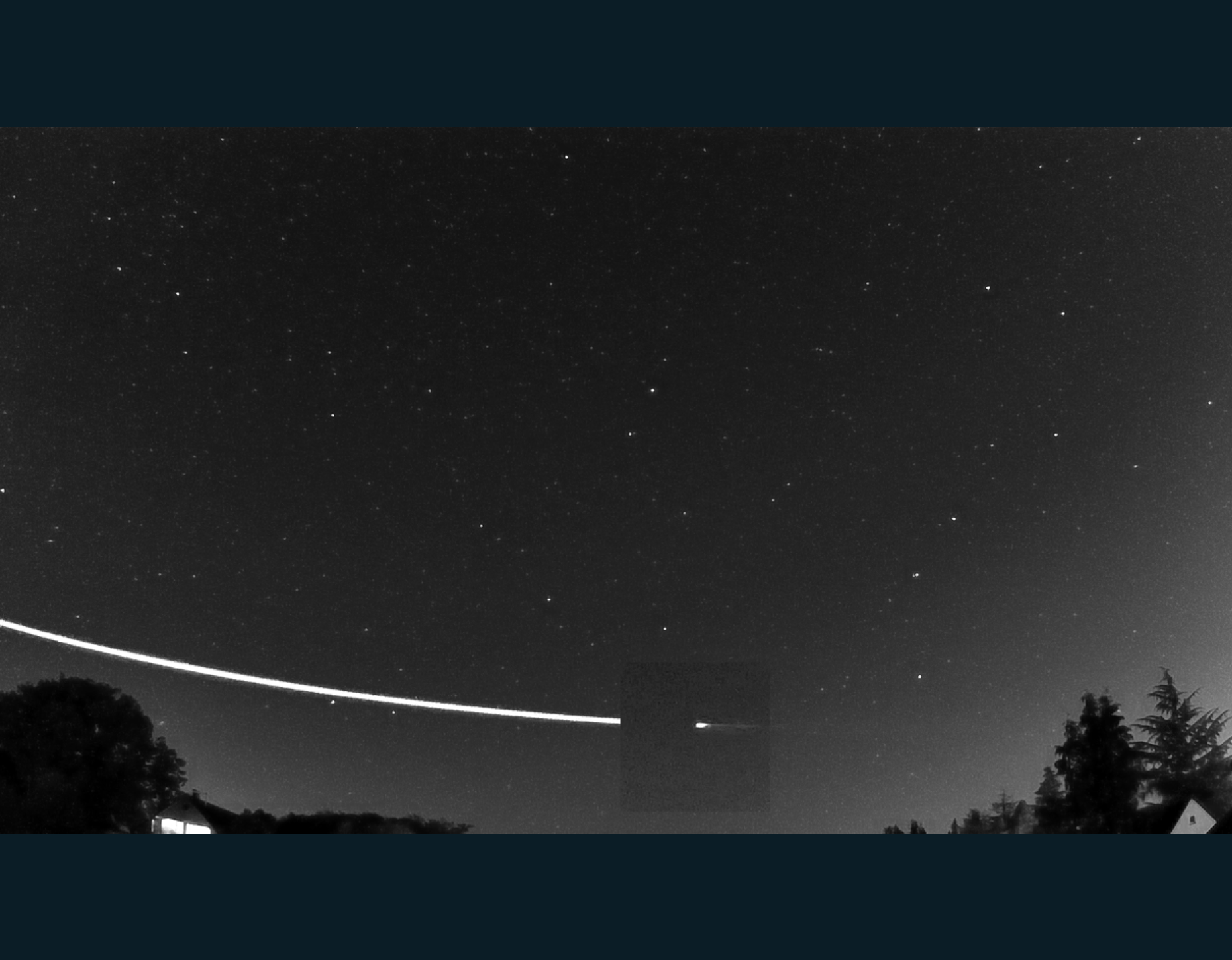 Cameras have captured the rare sight of an 'Earthgrazer' meteoroid skimming our planet's atmosphere before "bouncing" back into space.

This particular meteoroid got hair-raisingly close, flying as low as 56 miles up in the sky, far below any orbiting satellites, before bouncing back out again.

The space rock whizzed through the night sky above Northern Germany and the Netherlands in the early hours of 22 September.

In the early hours of 22 Sept over N. Germany & the Netherlands, a meteoroid got down to 91 km in altitude - far below orbiting satellites - before it 'bounced' back into space

A meteoroid is typically a fragment of a comet or asteroid that becomes a meteor – a bright light streaking through the sky – when it enters the atmosphere.

Most disintegrate, possibly with pieces reaching the ground as meteorites.

Earthgrazers are a bit luckier, and don't burn up, but bounce back out, only grazing the edges of our planet's protective gassy shield.

They don't occur very often, just a handful of times per year.

Last week's Earthgrazer was spotted by cameras in the Global Meteor Network (GMN), a project that aims to cover the globe with meteor cameras and provide the public with real-time alerts, building a picture of the meteoroid environment around Earth.

"The network is basically a decentralised scientific instrument, made up of amateur astronomers and citizen scientists around the planet, each with their own camera systems," said GMN founder Denis Vida.

"We make all data such as meteoroid trajectories and orbits available to the public and scientific community, with the goal of observing rare meteor shower outbursts and increasing the number of observed meteorite falls and helping to understand delivery mechanisms of meteorites to Earth."

READ MORE: Exoplanet twice the size of Earth 'could be habitable'

Tens of thousands of meteorites have been found on Earth, yet, of these only about 40 can be traced back to a parent asteroid or asteroidal source.

By better understanding these small bodies we are able to build up a more complete image of the Solar System, including potentially dangerous asteroids, meteor shower outbursts that could endanger satellites, as well as the chemistry and origins of our Solar System itself.