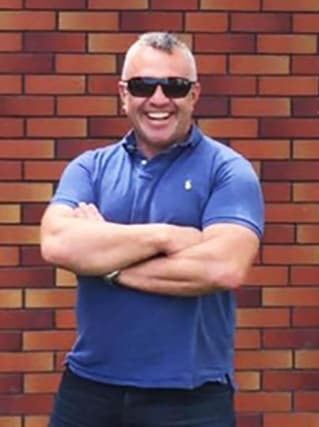 Colleagues, friends and rugby teammates of a police sergeant killed by a handcuffed suspect in a custody suite will pay silent tribute to him two days after his death.

Tributes have poured in for Metropolitan Police Sergeant Matiu Ratana, known widely as Matt, from both the force and members of his rugby club, many of whom saw him as a “father figure”.

Matt Marriott said there had been “enormous” interest in two planned one-minute silences at the club on Sunday morning, with people “from all over the country” expected to pay their respects.

He told BBC Breakfast: “I’ve actually never met anybody quite like Matt, he must have been an incredible policeman. His attention to detail and his strive for perfection, his work ethic, just blew all of us away.”

He added: “He wasn’t just a coach to the players. He was a role model, a mentor, and often actually a father figure. We’re going to mourn him as a family member. He’s left a big hole, to be honest.”

Junior and intermediate rugby will go ahead as planned on Sunday, with one club member saying “Matt would’ve wished that”.

Also on Sunday, the Prince of Wales will lead tributes to fallen police officers for National Police Memorial Day (NPMD), honouring those who have lost their lives on duty.

Investigators probing the fatal shooting are working with a “determination to find justice” for their fallen colleague, the officer leading the murder case said.

The suspect in the killing at Croydon Custody Centre in south London in the early hours of Friday remains in a critical condition in hospital.

The 23-year-old, who also shot himself, had still not been spoken to by officers on Saturday evening due to his condition.

Sgt Ratana, 54, was originally from New Zealand and joined the force in 1991. He leaves behind a partner and a grown-up son.

He had moved into custody work because he thought it was safer as he approached retirement, a friend said.

He added: “Everyone working on this investigation, from the forensic specialists to the local officers holding the cordons, does so with a heavy heart but a determination to find justice for our colleague and his family.”

He said police are “painstakingly” searching four crime scenes in connection with the killing, including the custody suite where the incident unfolded at about 2.15am on Friday.

Forensic searches are also being carried out in an area of London Road, Pollards Hill, Norbury, where the suspect was initially arrested by officers for possession of ammunition and possession of class B drugs.

Other searches are taking place at an address on Southbrook Road, also in Norbury, and at a second address on Park Road, Banstead in Surrey, where local officers from Surrey Police are helping.

The Independent Office for Police Conduct (IOPC), which attended the scene after the shooting, said the suspect had been taken into the building and sat in a holding area in the custody suite, then opened fire while still in handcuffs as officers prepared to search him with a metal detector.

He had earlier been arrested by regular officers following a stop and search, then handcuffed behind his back before being taken to the station in a police vehicle.

No police firearms were fired in the incident, and the case is not being treated as terror-related.

Deputy assistant commissioner Cundy said a gun had been recovered from where the shooting happened, and that CCTV and police body-worn footage is being reviewed and will be considered alongside accounts from officers.

Sgt Ratana is the eighth police officer in the UK to be shot dead in the last 20 years and the first to be murdered by a firearm in the line of duty since Pcs Fiona Bone, 32, and Nicola Hughes, 23, in September 2012.

The Met sergeant is the 17th from the force to be killed by a firearm since the end of the Second World War, according to the National Police Memorial roll of honour.