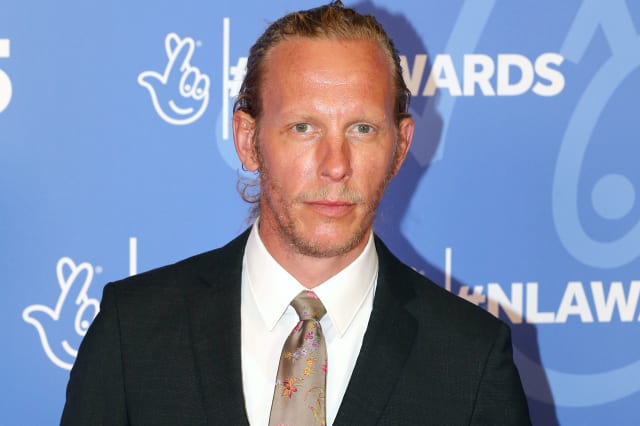 Laurence Fox is launching a political party for the "reclamation" of British values.

The 42-year-old member of the famous acting dynasty said he has been given £5 million funding to start the party, provisionally called Reclaim.

The former star of Lewis star wants to "fight the culture wars", The Sunday Telegraph reported, and intends to stand candidates at the next general election.

Fox, who has been a fierce critic of the BBC, sparked controversy when he said suggestions of "racism" over how the Duchess of Sussex was treated in some quarters was "boring".

He also hit out at black and working class actors for complaining about the industry once they have "five million quid in the bank".

Fox has now tweeted that his party party will "change everything... with love, reason and understanding".

He said in a statement posted on Twitter that "politicians have lost touch" with people and "public institutions now work to an agenda beyond their main purpose.

"Our modern United Kingdom was borne out of the respectful inclusion of so many individual voices," he said.

"It is steeped in the innate values of families and communities, diverse in the truest sense but united in the want and need to call this island home.

"The people of the United Kingdom are tired of being told that we represent the very thing we have, in history, stood together against.

"We are all privileged to be the custodians of our shared heritage. We can reclaim a respectful nation where all are included and none are ashamed to have somewhere to call home."

He said he had received support from "those wishing to add their voices to this reclamation of our values".

"Our country is now in desperate need of a new political movement which promises to make our future a shared endeavour, not a divisive one. This is now my endeavour."

The Sunday Telegraph quoted a source describing the party as "Ukip for culture".

Fox, the ex-husband of actress Billie Piper, had raised large sums from ex-Tory donors and the party name is subject to approval by the Electoral Commission, the paper said.

The actor said he wants "to preserve and celebrate our shared national history" and reform publicly funded institutions, from media to education, so they are "free from political bias".

His father James and uncle Edward are famous in the acting world, as are his brother Jack and cousins Emilia and Freddie.