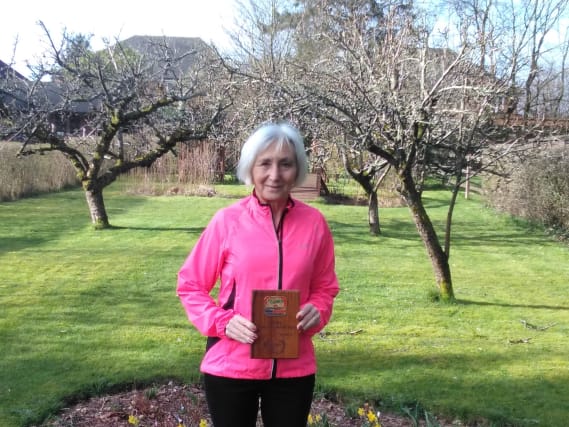 A runner preparing for her 30th London Marathon said she is more worried about carrying a phone than completing 26.2 miles on October 4.

While elite athletes will compete in a biosecure bubble in London’s St James’s Park, this year’s mass event is a virtual run where people choose their own route tracked on a special app.

Barbara Ralph, 66, who is believed to have run more London Marathons than any other woman, told the PA news agency: “I’m not worried about doing the running. I’m worried about the technology.

“I have never carried a phone or anything. I go as light as possible. I see all these people carrying things and think they are adding to the burden.

“Normally, as long as you remember to put your tag on your shoe, you are fine.”

The 40th London Marathon was due to take place on April 26 but it was postponed to October 4 due to the coronavirus pandemic, and on August 6 it was announced the event would be a virtual race for most participants.

“The route I’m doing, people say it’s quite an elevation but it’s as flat as you can get round here. When I go out, I’m going up but I have to go down again. I’m good on the downhills.”

The part-time admin worker for civil and structural engineering consultancy PTA plans to run largely on her own so she can “concentrate”, but a friend may support her for part of the way: “It’s at the end where I’ll need the help.”

She is aiming to get under five hours in the hope of getting a “good for age” place for 2021 in the 65-69 category, but thinks it will be harder in a solo time trial than a race.

“I’m going to find this quite difficult. I believe you have a gear for racing and you tend to do better in races.

“It’s not going to be like a normal race. Fingers crossed I can cope with the app and the watch and nothing breaks down.”

Mrs Ralph, who is a member of Chiltern Harriers Athletics Club, grew up in Doncaster, South Yorkshire, and started running regularly when she was 28.

She missed last year’s London Marathon due to a back problem and said: “I may have not done the virtual if I didn’t need a good for age time, but now I’m probably the one who has done the most (London Marathons), I want to do it while I have got it in me.

“My friend asked when I was going to pack it in but I thought ‘why should I?'”