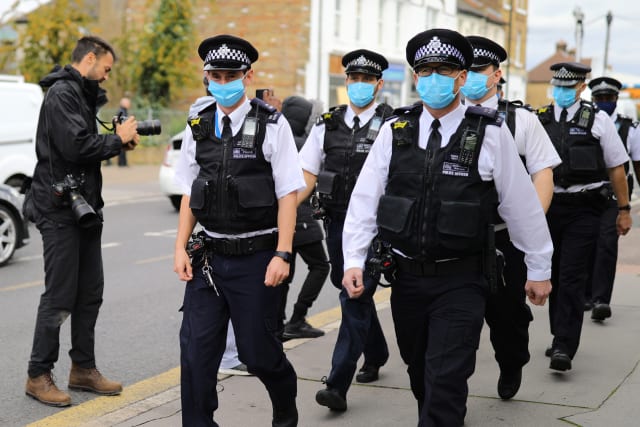 Assaults against Metropolitan Police officers are becoming increasingly violent, as well as more frequent, an investigation has found.

This comes as a long-serving sergeant was shot dead at a south London custody suite during the early hours of Friday morning.

The victim died in hospital after the 23-year-old gunman, who was being detained and is also believed to have shot himself, opened fire in the Croydon custody centre.

The number of Met Police officers suffering “serious” injuries after being assaulted increased by 95% over the first three months of lockdown, compared with the same period in 2019, the PA news agency found.

The Met could not define a “serious” injury, but the Crown Prosecution Service describes the classification as including those which require medical treatment, including bone damage, extensive and severe bruising, cuts requiring suturing and those that result in loss of consciousness.

Figures obtained by PA show that 942 officers in the capital sustained injuries from being assaulted between March 23 and June 23 this year, including 37 who suffered “serious” injuries.

This compares with 793 injured over the same months in 2019, including 19 victims of “serious” injury.

The force saw the 10th largest increase in overall assaults against officers out of the 33 police forces who responded to a freedom of information request.