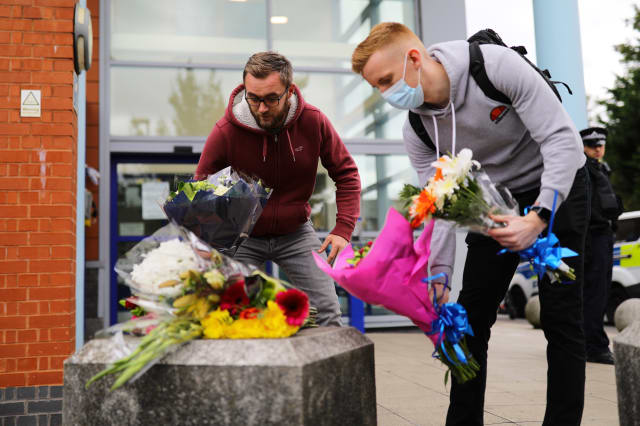 Sergeant Matiu Ratana was shot dead by a handcuffed suspect armed with a revolver at Croydon custody centre in the early hours of Friday.

Known to family and friends as Matt, Sgt Ratana has been remembered as “big-hearted” and “friendly” and leaves behind a partner and an adult son from a previous relationship.

Here’s what we know about what happened:

How did the incident unfold?

A 23-year-old suspect was arrested by patrolling officers for possession of ammunition and possession of class B drugs with intent to supply.

After a stop and search in Pollards Hill, south London, the suspect was taken to the custody centre while handcuffed behind his back.

Sgt Ratana was taken to hospital but later died of his injuries.

The suspect was also seriously injured during the incident at about 2.15am and is in a critical but stable condition in hospital.

No police firearms were fired and the case is not being treated as terror-related.

How long had Sgt Ratana worked for the Met?

The New Zealand-born officer joined the force in 1991, having moved to the city two years previously, and was the captain of his recruit training class.

He served in a variety of roles across London, including in the West End, Hackney and Hillingdon, and moved to a job in Croydon in 2015 where he worked in neighbourhoods, and then later detention.

Outside police work, he was passionate about rugby and at one point played with London Irish, as well as other teams including the Met’s own.

In recent years, he had been head coach at East Grinstead.

How has he been remembered?

Figures across policing and UK politics have led tributes to the 54-year-old.

One friend said the officer was looking forward to retirement after nearly 30 years with the force and told the PA news agency: “I think he earned his stripes, if you ask me.”

John Davies, a former colleague of Sgt Ratana, described him as a “proud Maori” and added: “I’d just like to say that he was a truly remarkable, strong and unique individual.

“He would have left an impression on all those he came into contact with.”

Bob Marsh, the club’s chairman, and Andy Poole, the club’s president, said: “Matt was an inspiring and much-loved figure at the club and there are truly no words to describe how we are feeling.

“We would like to take some time as a club and community to begin to comprehend what has happened.”

Met Commissioner Dame Cressida Dick, who with the Mayor of London Sadiq Khan, earlier led police officers across the capital in a minute’s silence, described the officer as a “talented police officer”.

Prime Minister Boris Johnson was also among those who reacted to the news, as he tweeted: “My deepest condolences go to the family, friends and colleagues of the police officer who was killed in Croydon last night.

“We owe a huge debt to those who risk their own lives to keep us safe.”

As well as a murder probe launched by Scotland Yard, the IOPC are also investigating the incident.

A former Met superintendent said there were questions to be answered about how the shooting occurred.