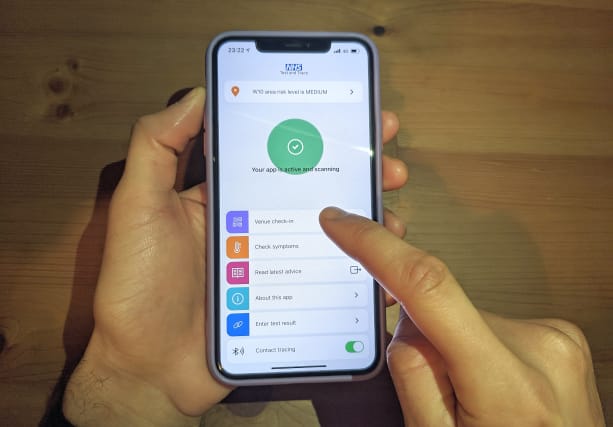 Experts have described a possible feature showing people a “personalised risk score” for coronavirus within the new contact tracing app as “alarming”.

The boss of Zuhlke Engineering, which developed the NHS Covid-19 app for England and Wales, revealed to the PA news agency that engineers are working on such an option for a future update on the app.

“That might actually help people get a feel for how risky a life they lead,” chief executive Wolfgang Emmerich said.

It would work using Bluetooth on board smartphones, which the app already heavily relies on.

But BCS (British Computer Society), The Chartered Institute for IT has expressed concern about it over accuracy and potential “unintended side effects”.

“Comments from the developers about their plans to provide information to individuals about ‘how risky their life is’ based on Bluetooth contacts are alarming,” said Adam Leon Smith, a fellow of BCS.

“These sorts of algorithmic scoring approaches are often inaccurate and can have unintended side effects.”

He continued: “As the functionality is expanded to include things like personal risk scores, this needs to be encrypted, and I’m keen to see this isn’t passed to the developer’s servers to establish a centralised tracking system by the backdoor.

“There are security issues with using Bluetooth in this way, it remains possible for attackers to manipulate the behaviour of the system to give incorrect information to users, however this has been made more challenging through various means.”

Mr Smith also questioned why the QR code scanning for checking into venues could not be made available to people with older phones, after issues were identified by those unable to use the latest version of iOS or Android operating systems.

“The QR code functionality would have been a great way to provide exposure notification functionality for users of older phones,” he added.

“It is not clear why people need to have the latest iOS release in order to take pictures of QR codes.”

The app is so far number one on both iOS and Android app charts, with the Department of Health and Social Care (DHSC) expected to share exact download numbers on Monday.