‘Sad day for our country’ as police officer shot dead 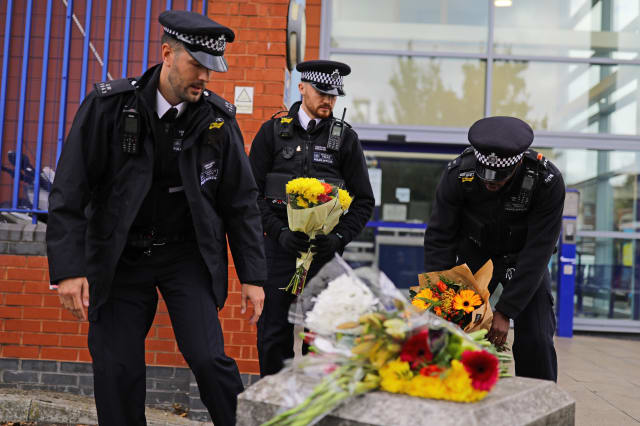 The killing of a Metropolitan Police officer in the line of duty is a “sad day for our country”, the Home Secretary has said.

Priti Patel was among those to speak of their shock after an officer was shot inside a police station by a man who then turned the gun on himself in the early hours of Friday.

The victim died in hospital after the gunman, who was being detained, opened fire at Croydon custody centre in south London.

Speaking at the Home Office, Home Secretary Priti Patel said: “I’m deeply shocked and saddened by the tragic killing of the officer in Croydon overnight.

“All our thoughts are with the officer’s family, friends and colleagues across the Metropolitan Police force, but also policing family across the country.

“This is a sad day for our country as once again we see the tragic killing of a police officer in the line of duty as they’re trying to protect us and keep us safe.