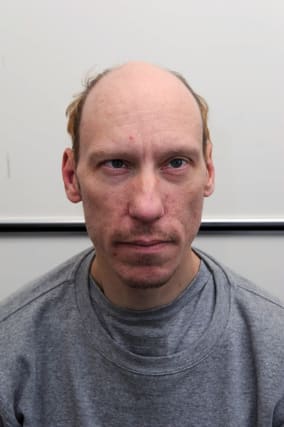 Prospective jurors in the inquest into the deaths of four gay men at the hands of serial killer Stephen Port could be quizzed on their “beliefs or moral attitudes”, a court has heard.

Port, now aged 45, drugged and raped the young men and dumped their bodies near his home in Barking, east London, between 2014 and 2015.

Following a trial at the Old Bailey, he was handed a whole life sentence for the murders of fashion student Anthony Walgate, 23, Gabriel Kovari, 22, Kent chef Daniel Whitworth, 21, and Jack Taylor, 25, a forklift truck driver from Dagenham.

Open conclusions in two earlier inquests were quashed after the trial heard Port faked a suicide note, implicating Mr Whitworth in the death of Mr Kovari.

Fresh jury inquests into all four victims are expected to focus on possible failings by police after the victims’ families questioned why Port was not stopped sooner.

At a pre-inquest review at the Old Bailey on Thursday, jury questions were discussed and whether they should include one on “beliefs or moral attitudes”.

Paul Clark, for the victims‘ families, cited the Equalities Act and said such a question was relevant in how jurors would treat one of the “core issues”, whether there were “unjustified differences” in the way gay people were treated by police.

Peter Skelton QC, for the Metropolitan Police, said there was no general precedent for such a question to be put.

He said: “It’s an important and sensitive issue and we must strive to make the right decision.”

Mr O’Connor, counsel for the coroner, said the full inquest on January 7 was being moved from the Old Bailey to Barking Town Hall.

Explaining the decision, he said: “The view was taken, with the number of people now certainly involved in these hearings, the Old Bailey simply would not be able to provide sufficient accommodation.. that in part being due to the fact that such court space as there is available at the Old Bailey is required for urgent custody cases to be tried.

“For that reason a number of other venues were explored.

“Barking Town Hall has accommodation available and suitable so for that reason, my lady has taken a provisional decision that is the venue where the inquest will be heard.

“Of course we would have wished these hearings to take place at the Old Bailey.

“These are times we all have to make compromises.

“We know the families prefer these hearings take place rather than be delayed again and the only practicable way for that to happen is if they are moved to Barking.“

Mr O’Connor said a jury of 11 would be empanelled on January 7, with the hearings to go on for up to nine weeks.