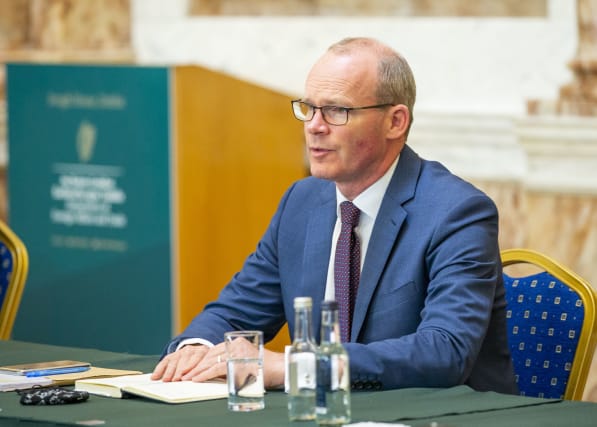 The Northern Ireland Protocol must be implemented in full to give the region’s businesses the certainty they crave, Simon Coveney has said.

Ireland’s minister for foreign affairs stressed the importance of operating the protocol in “good faith” as he met with the leaders of Stormont’s four main pro-EU parties.

The engagement came amid the UK Government’s controversial bid to override elements of the Northern Ireland Protocol through domestic legislation at Westminster.

The Internal Market Bill runs contrary to elements of the protocol around the application of EU state aid rules in Northern Ireland and on the requirement for exit summary declarations for goods moving from the region to Great Britain.

Another aspect of the protocol – on the need to collect tariffs on goods entering NI from GB deemed “at risk” of onward transport to the Irish Republic – is set to be overridden in further domestic legislation tabled by the Government.

At Thursday’s meeting, Mr Coveney outlined the Irish Government’s “very real concern” about the move by its UK counterpart.

Afterwards, the minister said: “Since the beginning of the Brexit process, Ireland and the EU have been committed to finding a solution which works for the people of Northern Ireland and for the island as a whole.

“The protocol does this. There was strong agreement this morning on the vital importance of implementing the protocol in full and in good faith.

“They need certainty, and this needs to be delivered through full implementation of the protocol.”