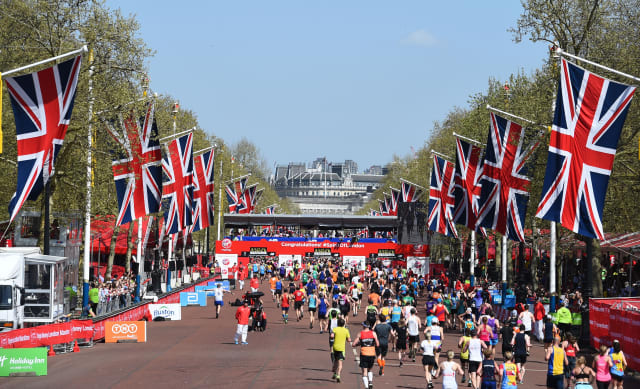 Runners taking part in the 40th London Marathon on October 4 can finally see the medal which will reward their achievement.

This year’s event was postponed from April 26 due to the Covid-19 pandemic and 45,000 runners will now tackle the distance on October 4 on a course of their own choosing with their progress tracked by the official app.

Athletes in the men’s, women’s and wheelchair elite races will compete on an enclosed looped course in St James’s Park in a biosecure bubble.

But for most of the participants there will be nobody at the finish line to hang the official medal around their neck, although race organisers hope to get it to them as quickly as possible after the race.

The medal, which features the River Thames as part of its design, bears the original date of the 2020 event but a clip bearing October 4 will be attached to the ribbon.

“For people to see this is what they are aiming for on the day, doing the 26.2 miles their way, hopefully it’s an incentive for them to complete the event on the day.”

Although the exact size of the medal has not yet been revealed, it is said to be the biggest in the event’s history and will be much larger than the ribbon-less coin-sized medal given out in 1981 to finishers in the very first London Marathon.

Unlike previous London Marathons, most finishers in 2020 will have to wait a few days before they can take a picture wearing their official medal and T-shirt.

Mr Brasher added: “We want to get it out to people as quickly as we can.

“What we want to do is package it appropriately and get it to people so that it’s part of their special memories because they absolutely deserve it.”