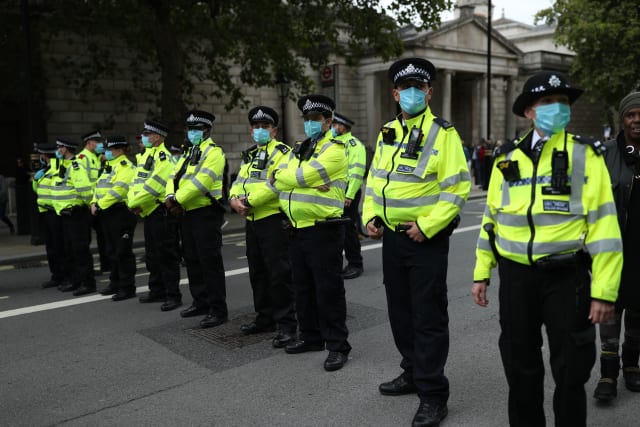 Emergency coronavirus laws have become “error-strewn”, causing confusion among the public, police and lawyers, according to a human rights barrister.

Adam Wagner, who works at Doughty Street Chambers, said the current system for implementing fresh laws to curb the spread of the virus is not working well because for six months the Government has been using emergency procedures which allow it to bypass Parliament.

This means there is no debate in Parliament, or no scrutiny, so “criminal laws that enforce the lockdown are brought in by a minister signing a piece of paper”, he told the PA news agency.

He called the laws “totally opaque” and not at all transparent, saying this had led to a “democratic deficit”.

Ultimately it leads to the Government “not making very good laws”, he said, adding that as amendments to existing legislation have continued, they have become “more and more error-strewn”.

Critics and legal figures have also raised concerns at the short time between the laws being published and enacted – in one instance the documents were published retrospectively, days after the Government said they were in force.

This leaves little time for the police to make sure they understand the rules and act proportionately when enforcing them, or for the public to know what is expected of them, he said.

Mr Wagner said it was “extraordinary” that the full detail of vital laws that impinge on people’s private lives were being made public “literally at the last minute”, with the documents being published later and later into the night.

The latest laws, which came into force at 5am on Thursday, imposing a curfew on hospitality businesses and meaning people face higher fines for failing to wear a face mask, were published at around midnight.

“It’s not good for anyone,” said Mr Wagner.

He warned that the regulations were increasingly complicated and difficult to decipher for police, lawyers and the public alike, despite pledges from the Prime Minister for them to be simplified.

Mr Wagner said: “They have been confusing throughout but we are getting to the point where the regulations are so dense and long and have so many bits to amend.

“Lawyers have thrown their hands up in the air and have said ‘we just don’t know what they mean’.

“Police I have spoken to say they have just given up. They say there is no way they can enforce the rules like this.”

Mr Wagner says he can see no reason at this stage in the crisis why the Government cannot present draft legislation to Parliament seven days in advance for debate and potential amendments, particularly as the public are now being given advance notice of the changes in the law.

He also said he feared that laws being signed “in secret by a small number of ministers” allowed for “special pleading” – using the example of the decision to spare grouse shooting and hunting with guns from laws which prohibited groups of more than six people.