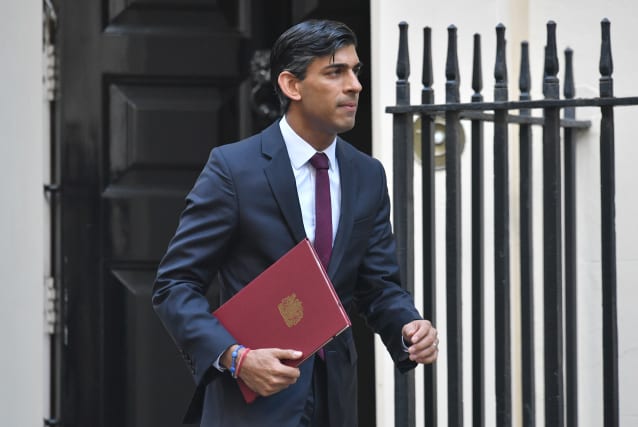 Unions have accused Chancellor Rishi Sunak of using a plaster to cover a “gaping wound” while jobs have already been lost.

Mark Serwotka, general secretary of the Public and Commercial Services union said the furlough scheme should have been extended beyond next month.

He claimed the Conservatives have put “ideological opposition” to state intervention over saving jobs.

“Any support for jobs and key industries during this unprecedented global pandemic is to be welcomed,” he said.

“However, the Chancellor’s measures are akin to using a plaster to cover a gaping wound.

“Our members in the commercial sector, aviation and culture are already being threatened with hundreds of redundancies, as employers seek to capitalise on the economic fallout from Covid-19.

“The Tories’ ideological opposition to increased state intervention is hurting the economy and costing people their livelihoods right now.”

“The Chancellor said they will target support at ‘firms who need it the most’.

“That must be fine-tuned so that the jobs of our members in the travel trade are saved and high-street travel shops don’t become a thing of the past. We will all need a holiday once the pandemic has passed.”

He added: “We have called for bold action from government and remain concerned that six months is too short to really stabilise businesses and jobs, which so badly need support and would like clarity over who decides which businesses are viable.”