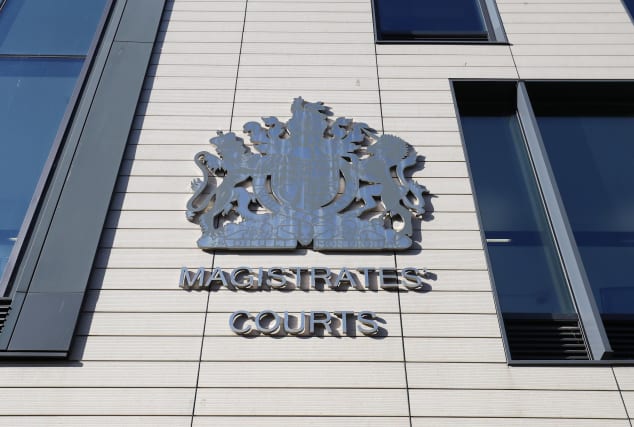 The backlog of criminal cases waiting to be dealt with by magistrates’ courts hit the highest level on record at the height of the coronavirus pandemic, official figures show.

There were 421,539 outstanding cases in the three months to the end of June, an increase of 44% compared with the same period a year earlier (292,871), according to Ministry of Justice (MoJ) statistics for English and Welsh courts.

The number of trials in magistrates’ courts fell by 94% to “historical lows” at the end of June following their suspension as part of measures to stop the spread of coronavirus.

Between April and June this year there were just 124 crown court trials, compared with 4,911 in the first quarter. This is also the lowest number since records began in 2014.

The guilty plea rate for defendants being dealt with in crown court trials increased “markedly” to 80%, compared with 68% for the same period in 2019.

Some lawyers have claimed defendants were considering pleading guilty for crimes they did not commit when faced with waiting several years for a trial.

The MoJ report said: “Given the sharp falls in the volume of defendants dealt with and the suspension of jury trials, it is difficult to draw conclusions from this.

“It is likely that the guilty plea rate increase is caused by the restricted ability of courts to progress jury trials (e.g. not guilty cases) as part of the Covid-19 response.”

The figures, which show there is still a backlog of nearly half a million criminal cases, come after justice minister Chris Philip claimed the court system was being run “more effectively” during the pandemic than it was before.

His comments were criticised by industry leaders as it emerged cases were being listed for 2023, following warnings last week from the director of public prosecutions, Max Hill, who said delays in cases coming to court are “corrosive” as they force victims to wait for justice.

The impact of the pandemic “remains clear to see”, the MoJ report said, adding: “Workload and trial efficiency estimates at both the magistrates’ courts and the crown court show that receipts and disposals have fallen, while both outstanding cases and trial vacations increased sharply.

“It is expected that outstanding case and trial vacation volumes will maintain these higher levels while the limited operation of the criminal courts remains in place and the gradual reintroduction of jury trials at the crown court continues.”

The number of cases courts are dealing with is growing and some are sitting extended hours, the MoJ said.

Nightingale courts which are already open are operating at 80% capacity – higher than the average court before the pandemic, it added.

By next week, 17 will be open with 32 courtrooms. Four will be hearing criminal cases with others dealing with family and civil matters.

A further five are planned.