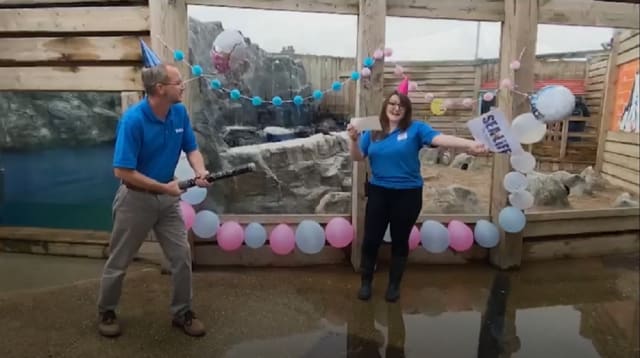 A Norfolk aquarium has held a gender reveal party for its young humboldt penguin chick.

Squirt, who was born on May 21, was revealed by Sea Life Hunstanton staff at the ceremony to be a female.

The chick was declared a girl following a DNA check.

The penguin, who weighed 90g at birth, was named Squirt by staff after her projectile “toilet habits”.

Squirt’s gender reveal party was laid on by the aquarium after a competition was held on Facebook to guess the penguin’s sex, with the winner receiving two tickets to the park.