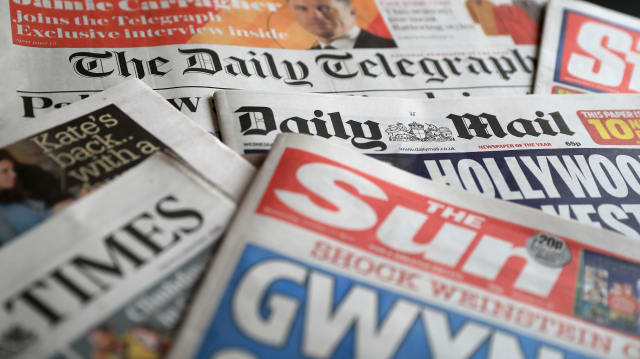 The Daily Express leads on Mr Sunak’s plan – to be unveiled on Thursday – for a rescue package to support millions of jobs in the coming winter amid the coronavirus pandemic.

The package will include Government wage subsidies to help pay workers returning from furlough, according to The Daily Telegraph.

The Times also leads on the rescue plan, which The Guardian calls a “scramble for urgent measures to save jobs”.

And The Independent focuses on Mr Sunak’s scrapping of the budget in drafting his rescue programme.

Meanwhile, the Daily Mail surveys the economic cost of the pandemic and the rescue plan, calling it a “price we can’t afford to pay”.

Metro runs with the founder of Pret a Manger accusing Prime Minister Boris Johnson of putting “millions” of jobs in danger through his latest coronavirus crackdown.

The Financial Times says the pandemic has reduced the incomes of workers worldwide by 10%.

And the Daily Mirror has launched an attack on Mr Johnson, who it blames for Britain’s high Covid death rate and its economic recession.

In other news, students have been warned they might not be allowed to travel home for Christmas as efforts continue to contain the virus, according to the i.

And the Daily Star splashes with a story about a car that became submerged when parked too close to the water as the tide rose.