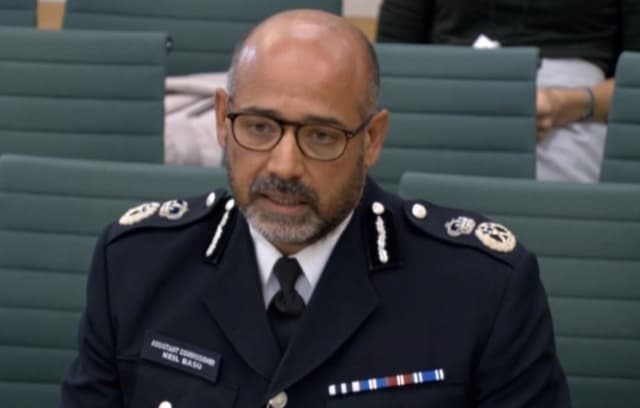 Teenagers as young as 13 are starting to talk about committing terror attacks, the UK’s head of counter-terrorism policing has warned.

Speaking to the Commons Home Affairs Committee on Wednesday, he said: “What I am seeing, particularly in the right-wing terrorism space – and this is anecdotal so it is not academic – but is an increase in lots of young people being attracted to this.

“We are seeing people as young as 13 starting to talk about committing terrorist attacks.”

They have a mixed ideology and for 38% of referrals to the Prevent anti-radicalisation programme an ideology cannot be determined, he said, adding: “They are just interested in violence.”

He said social media has been a strong influence, particularly during the coronavirus lockdown when there was “no other form of distraction or protective factor”, like school, work or other friends and relatives being present.

He added: “That’s definitely an effect of Covid-19 we are worried about.”

He described the rise in right-wing terrorism and extremism as “pretty dramatic”, telling the committee the casework for this had risen from 6% in 2016 to 10%, while the majority continues to be Islamist.

Police and security services have started to look more at the right-wing threat, he said, adding: “A near doubling of that threat since 2016 does worry me.”

Mr Basu said counter-terror police and MI5 had more than 800 terror investigations under way, and a predicted 30% rise in the threat since 2017 is “still there” and “sustained at that very high level”.

Describing the threat as “diverse, complex and unpredictable”, he said encryption on messaging services had made it “very difficult to see terrorists communicating”.

There have also been changes in the types of terrorists police are dealing with, their “methodology and vector of attack”, he added.

He said 16 attacks have been carried out since 2010, with 15 by “lone actors”, but he added this was a “poor definition” as they rarely operate completely alone, often discussing plans with someone else, although they are not directed, supported or financed by a terrorist group.

While the ability of terrorist groups to “direct and inspire overseas” has been limited, he warned the power of media and propaganda has not diminished.

He also wants more work to be done to address security measures at the 600,000 publicly accessible spaces around the country, amid fears they could be a target as “terrorists will go for the crowd”.

Training and low-cost security measures should be considered as “there is no way that we are going to be able to police that”, he said.

He added: “We only get up every day to stop terrorist attacks. We want to stop these attacks.

“It’s very difficult to accept that fact when those attacks always feel to me like a personal failure. I still think about those attacks every single day.”

He expressed his concerns about the rise in extremism generally, telling the committee: “My biggest concern at the moment is where extremism affects malleable, vulnerable people, of all kinds, age groups and societal backgrounds.

“The amplification of extremism and its ability to incite a vulnerable section of the population towards terrorism is probably my greatest single fear.”

He said Covid-19 had “amplified the problem”.

Will there be another nationwide lockdown?

UK to be battered by Storm Aiden and remnants of hurricane

National lockdown would be ‘devastating’ for hospitality, industry leaders warn