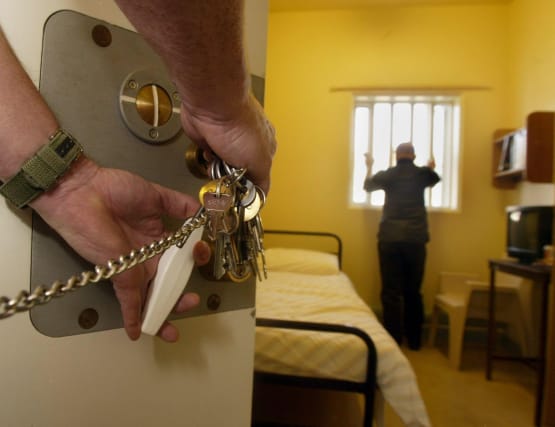 The convictions of 15 sex offenders are to be rescinded due to a Government error in drafting updated legislation.

The convictions for indecent assault and unlawful carnal knowledge involve 17 victims, 11 of whom were children at the time of the offences.

One of the convicted offenders is still on the Sex Offenders Register but will now be removed as a result of the blunder.

Prosecutors are now to decide whether to pursue fresh prosecutions.

All the defendants were tried in magistrates’ courts in Northern Ireland between 2009 and 2017. The offences were committed between 1973 and 2009.

One was handed a prison term while others received suspended sentences.

The convictions will be ruled invalid after it was discovered that a mistake was made in legislation introduced in 2009 as part of reforms of the criminal law relating to sexual offences.

The error saw three specific offences removed from the list of those that can be heard before magistrates’ courts in Northern Ireland.

The mistake was made under the watch of the UK Government, as it happened before the devolution of justice powers to the Stormont Executive in 2010.

As the error was inadvertent, none of the criminal justice agencies or relevant legal bodies in Northern Ireland were informed and they continued to deal with cases as they had previously, assuming the offences could still be dealt with by a magistrate.

That meant prosecutors opted to try the defendants in magistrates’ courts – with the consent of all 15 – at a time when the incorrectly drafted legislation dictated the cases could only be heard in a crown court.

“We are truly sorry to have to inform all affected by this unforeseen and undetected error in the law,” he said.

“This development will have come as a great shock and disappointment to the victims. It will also cause uncertainty for the defendants involved.”

The gaffe in the 2009 law inadvertently introduced a technical change that meant cases under section 52 and section 62 of the Offences Against the Person Act 1861 and section 5(1) of the Criminal Law Amendment Act 1885 could no longer be prosecuted in magistrates’ courts.

The convictions that will be rescinded involve:

– 14 victims of indecent assault on a female contrary section 52 of the Offences Against the Person Act 1861;

– One victim of indecent assault on a male contrary to section 62 of the Offences Against the Person Act 1861;

The mistake was first identified in 2018. Prosecutors say they have been working in the two years since to identify all the cases it impacted.

On Wednesday, the Northern Ireland Public Prosecution Service (PPS) moved to inform all victims and offenders of the development.

A support package has been put in place for the victims, with the PPS working in conjunction with Stormont’s Department of Justice (DoJ) and support organisations Victim Support NI and Nexus NI.

The DoJ, which now has responsibility for the law, is considering whether fresh legislation is required to fix the error, which only relates to offences carried out before 2009.

Mr McQuillan added: “The PPS has arranged for delivery of letters to all those affected with a detailed explanation of how the situation arose and the steps we are now proposing to take.

“In recognition of the cross-cutting nature of this issue, we have worked together with the criminal justice partners involved to identify the scale of the problem and the actions needed to address it.

“We have made significant efforts to minimise the shock and upset these victims will clearly be feeling but we appreciate that this will be distressing news for many of them.”

Before the law change error, prosecutors had the option to pursue certain cases in a magistrates’ court or crown court depending on the severity of the offences.

Cases dealt with by a magistrate are deemed to be less serious than those in a crown court. The maximum penalty that can handed out by a magistrate in such cases is a 12-month custodial sentence.

Mr McQuillan said a fresh prosecutorial decision in each case will be taken within as short a timeframe as possible and that engagement with the victims would be an important part of that process.

Any new case will be heard before the a crown court and it is likely that sentencing after any subsequent conviction would take account of punishments already handed down after the original invalid trials.

Mr McQuillan tried to reassure other victims of sexual assault in Northern Ireland.

“Victims should not allow the unusual circumstances which led to this development to diminish confidence in coming forward to report their experience,” he said.

“Victims can continue to come forward in the knowledge that they will be treated with sensitivity and respect.”