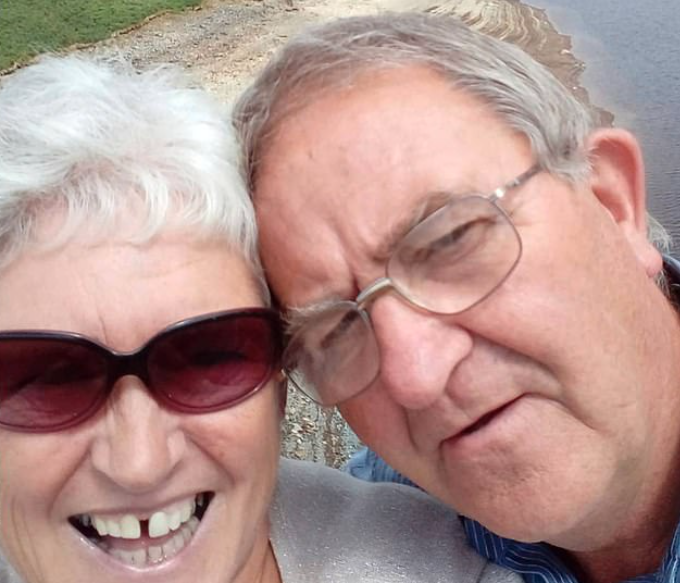 A retired pair have been revealed as the couple who wiped out their village's WiFi every day with their old £30 TV.

Alun and Elaine Rees were totally unaware that their 16' Bush television set was causing problems for their neighbours in Aberhosan, mid-Wales.

The couple would turn on the faithful TV set in their bedroom at 7am every day, unknowingly causing "electrical noise" that interfered with the internet signal for the entire village.

Engineers sent to the Powys village had been baffled as to why the WiFi cut out "like clockwork" at 7am.

She said: "One morning during lockdown at around 8.30am we could hear two men outside talking about signal strength.

"We looked out of the window and saw they were BT engineers holding some kind of meters.

"One of them was pointing at our front door.

"Next thing they're knocking the door and asking us to turn the telly off at the wall."

If you're looking for something to brighten up your morning, look no further...

Alun and Elaine Rees gave us the #WednesdayMotivation we all needed. @piersmorgan | @susannareid100

Retired farmer Alun, 67, added: "He told me we'd better get rid of the set immediately because it was interfering with the internet connection all over the village.

"He said we'd have the whole village on our doorstep if anyone found out we were the cause of the problem.

"Our son lives next door and he was having building work done so we chucked it on his skip."