NI ‘could be recording 600 coronavirus infections daily in a month’ 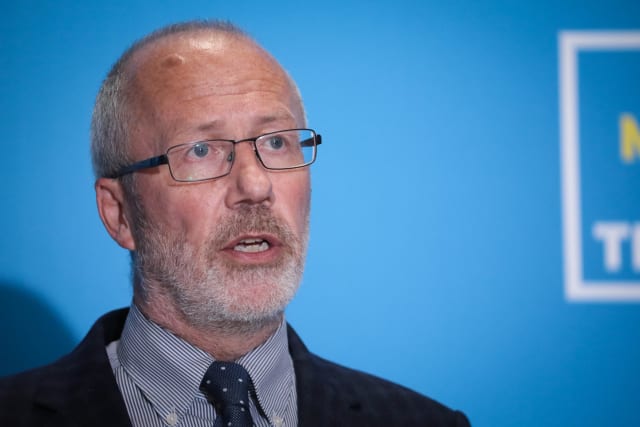 Northern Ireland could be recording 600 new coronavirus infections a day in a month’s time, the chief scientific adviser has warned.

The number is predicted to double every 10 days in a major onslaught on the health service if nothing is done.

Professor Ian Young said a “circuit breaker” lockdown of up to three weeks may interrupt the virus’s spread but was not recommending that happens immediately.

He told the BBC’s Nolan Show it was not easy to translate the number of diagnoses into predicted deaths.

“Even one death is a death too many and we know that there would certainly be deaths,” he added.

Pubs that do not serve food were due to open in Northern Ireland on Wednesday, despite fresh Covid-19 restrictions.

Restrictions on households were extended across the country on Tuesday evening.

There can be no mixing of households indoors, with some exemptions, while no more than six people from two households can meet in a garden.

Previously, the measures only applied to Belfast and Ballymena in Co Antrim.

Reopening of so-called wet pubs was pushed back on several occasions by the Executive, while those that serve food were able to lift shutters at the start of July.

First Minister Arlene Foster said the measures do not represent a second lockdown but should act as a wake-up call.

She and deputy First Minister Michelle O’Neill sounded the alarm as they called for a big push to curb the rising number of infections.