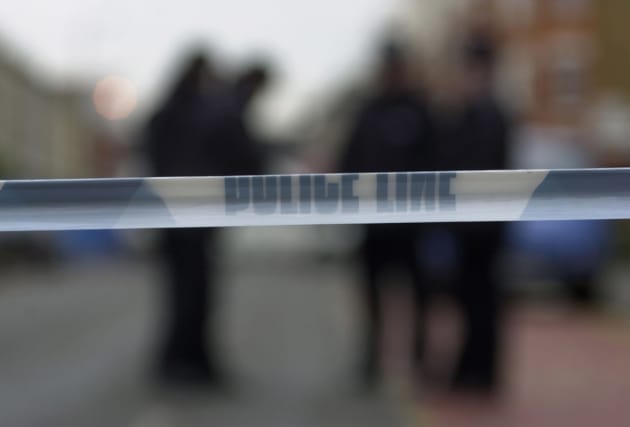 A man has died and a woman has been left seriously injured after a series of fire attacks which police said were unprovoked and targeted.

Officers suspect the four incidents in Greenock, Inverclyde, may be linked.

In the first, a 46-year-old man died in a flat fire in the town’s Union Street at around 10.30am on Monday September 14.

Police initially said his death was not believed to be suspicious but they now class it as a “targeted attack”.

Two days later, a 40-year-old woman was seriously injured in a fire in a property in the town’s Wellington Street. It is believed to have been started by a firebomb thrown through a window at around 11.05pm.

Her nine-year-old daughter was also in the property at the time but was not injured.

Three days later, on September 19, police were called to a fire at a home on Cumberland Road also believed to have been started by a firebomb thrown at a window. It did not break the window but set fire to garden furniture.

A 45-year-old woman and her three family members, including her six-year-old daughter, were inside but were not injured, and the blaze was quickly extinguished.

Police said that following the attack in Wellington Street, a small white vehicle was seen speeding off from the area.

Three men, all in their late teens with skinny builds, got out and ran off into Rankine Street.

The driver was wearing a black scarf over his lower face and a black zipped, hooded top.

The two passengers both wore grey zipped, hooded tops with the hoods ups.

Hours later, at 2.20am on September 17, the same car was on fire on Skye Street. No-one was injured in the blaze.

Police have since found the car was stolen from the town’s Denholm Terrace in the early hours of the previous day.

Police Scotland and the Scottish Fire and Rescue Service are investigating the incidents and any links between them.

Detective Superintendent Gerry McBride said: “I would like to start by saying how sickened we are by all of these incidents, whether linked or not, these have been unprovoked, targeted attacks which have resulted in both serious injury and death.

“A couple of these attacks have also taken place while children have been present and it has been sheer luck that the number of people injured has not been any higher.

“We want to make it absolutely clear that this behaviour will not be tolerated in our community and officers will do everything they can to find those responsible.

“It is also important to reassure the wider community that although inquiries are still ongoing, we do not believe there is any risk to the wider public.

“There will be an increased police presence in the area whilst investigations are ongoing. Specialist units have been deployed to both carry out inquiries and to tackle this problem and prevent any further instances occurring.”

He urged anyone with information to come forward, particularly those who can shed light on the vehicles mentioned, including anyone with dashcam or private CCTV footage.