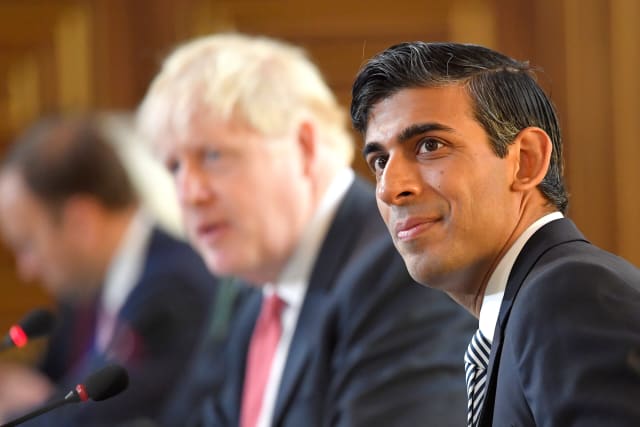 The Chancellor has been urged to “get around the table” and fast-track new job support plans amid reports he is working on a new German-style scheme to avoid mass unemployment once furlough ends.

Mr Sunak is said to be weighing up a new scheme as part of a wider emergency support programme as pressure mounts on the Government to help businesses survive a second wave of coronavirus.

The mooted plans would reportedly see the Government and firms share the cost of topping up wages for employees only able to work part-time due to the pandemic.

Calls have ramped up for a new lifeline for firms after Boris Johnson announced six months of tougher restrictions that threaten the economic recovery, as fears also grow of mass unemployment once the furlough scheme ends on October 31.

Bank of England governor Andrew Bailey said on Tuesday it was time to “stop and rethink” the furlough scheme in favour of a targeted approach.

“With the right approach we can stop mass unemployment scarring millions.

“My message to ministers is clear: let’s get around the table and fast-track a new plan.”

Mr Sunak has pledged to be “creative” and is understood to be weighing up a number of possible measures to subsidise workers’ wages, having consulted unions and business groups.

It is thought he postponed an announcement due on Wednesday to extend emergency loan schemes in favour of a bigger support package.

One option reportedly being considered is a scheme similar to Germany’s highly-praised Kurzarbeit, or shorter work-time policy, under which firms can radically cut working hours in economic downturns with the state replacing part of their lost income.

The TUC has proposed a similar scheme that would see workers receive 80% of their salary for the hours they are not in work.

Companies would get a 70% subsidy from the Government, provided they bring back every worker on the scheme for a minimum proportion of their normal working hours.

Another proposal put forward by the CBI business group would see subsidies for firms that can offer staff at last 50% of their normal hours, with the cost for non-working hours shared equally by the company, the Treasury and the employee.

The furlough scheme has cost the Government £39.3 billion to date, with £3.9 billion between August 16 and September 20 alone, according to the latest figures.

More than £13 billion has been handed to firms and workers through five different Government support schemes in the last month.

John Phillips, acting general secretary of the GMB union, said: “Other countries have made a head start in offering support, protection and reassurance to industries as our economy stands on the edge of the abyss.

“The Treasury has promised creative action in this extended, unprecedented period – but time is short.