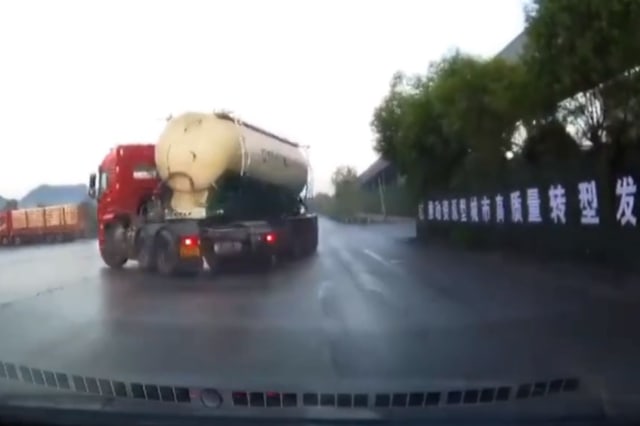 A car had to suddenly reverse to avoid being hit by a tanker truck that drifted out of control for dozens of metres along a road in northern China.

The dashcam footage, filmed in the city of Tangshan in Hebei Province, shows the tanker truck hurtling down the road after attempting to avoid a three-wheeler driving in the wrong direction.

The quick-thinking driver of the car sees the approaching danger and takes swift action to avoid being hit by the large vehicle, which did not stop drifting until it bumped into a wall.

Fortunately, no casualties were reported.