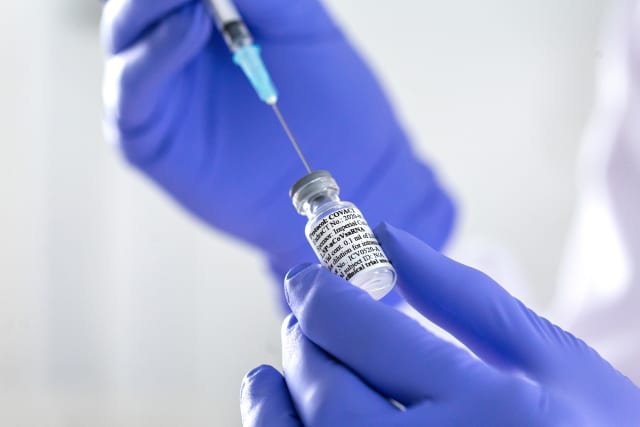 Science is at the heart of hopes to try and combat the Covid-19 pandemic, the Prime Minister has said.

With the coronavirus now spreading again exponentially, rises in infections and climbing hospital admissions, Boris Johnson has called on the nation to “take action” to help combat the virus.

In his Downing Street statement, he said there is the “hope” of a vaccine, perhaps after a potentially difficult winter, plus a quick and efficient mass testing system.

Mr Johnson described this as “the dream”, adding: “It’s hard, but it’s attainable, and we are working as hard as we can to get there.”

It comes after Professor Robin Shattock, who is leading Imperial College London’s Covid-19 vaccine effort, told the European Parliament on Tuesday that a coronavirus could be approved for use by the middle of next year.

He said that trials are showing promising results and that human volunteers seem to be “responding well” to the vaccine.

The aim is to launch a large 20,000-person trial before the end of the year.

In contrast to the start of the pandemic and lockdown, the nation now has the PPE, beds, Nightingale hospitals and new medicines “pioneered in this country that can help save lives”, according to Mr Johnson.

In his statement, Mr Johnson said: “Though our doctors and our medical advisers are rightly worried about the data now, and the risks over winter, they are unanimous that things will be far better by the spring.”

He said this is when “we have not only the hope of a vaccine, but one day soon – and I must stress that we are not there yet – of mass testing so efficient that people will be able to be tested in minutes”  so they can do more of the things they love.

Mr Johnson said “that’s the hope, that’s the dream. It’s hard, but it’s attainable, and we are working as hard as we can to get there.”

Earlier, Prof Shattock explained that if vaccine trials continue to show promising results, international trials will begin later this year with potential approval for the vaccine by mid-2021.

He added that if their vaccine is successful, it will be distributed through a new social enterprise – VacEquity Global Health (VGH) – and the aim will be to distribute it as widely as possible, including to low and middle-income countries.

For the UK and low-income countries abroad, Imperial and VGH will waive royalties and charge only modest cost-plus prices.