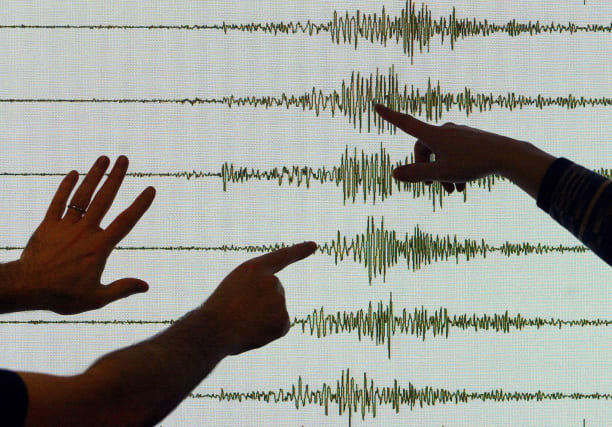 Leighton Buzzard has been hit by an earthquake for the third time in two weeks.

It was a second aftershock following the initial event on September 8, which was a magnitude 3.5 event.

Glenn Ford, a seismologist with the BGS, told PA: "What we're seeing here is a small aftershock from that earthquake."

The first aftershock, which was measured by the BGS at magnitude 2.1, hit on September 14.

While earthquakes have not occurred frequently in the area in the past, Mr Ford said the activity was "typical behaviour" which had been seen in different areas of the UK "on many occasions".

He added: "There's obviously been some stress been building up in that particular area and we've had the initial earthquake.

"It's maybe just still rebalancing the stress regime in that particular part of the world and we're getting these little aftershocks occurring as well."

He added that residents should be prepared for potential further aftershocks.

He said: "It probably will settle down soon but could we get another one?

"We certainly could, but when it could happen, we don't know."

A BGS tweet about Tuesday's quake read: "We're receiving reports about the earthquake, which followed previous events in the same area on 8 & 13 Sept, with magnitudes 3.5 & 2.1.

"Reports describe 'only lasted a couple of seconds' & 'just felt a single jolt, a bit like being in a car that has done an emergency stop!'"

Brexit briefing: 63 days until the end of the transition period

How to change a tyre