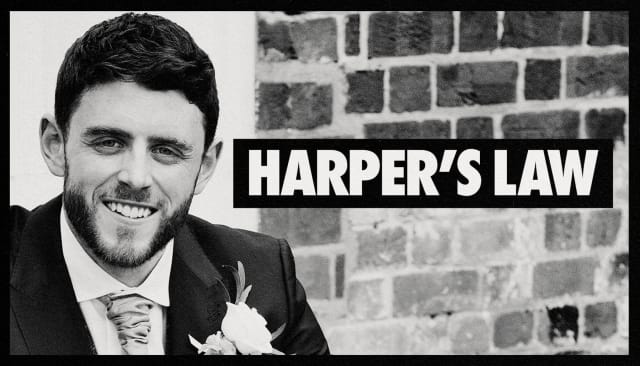 The Prison Officers’ Association is the latest organisation to back a widow’s call for a new law which would see criminals convicted of killing emergency services workers jailed for life.

Lissie Harper, the widow of Pc Andrew Harper who was killed on duty last year, has been campaigning for Harper’s Law after his killers were convicted of manslaughter but acquitted of murder.

The 29-year-old met with General Secretary Steve Gillan and Andy Fiddler from Thames Valley Police Association, who said they stand “side by side” with her cause.

Mr Gillan said: “It was an honour to meet with Lissie, she is such an incredible person and to hear more about her important campaign and offer our full support to it.

“We need tougher sentences to act as a deterrent so we can protect the protectors and their families.”

He added: “Some of our members have come close to losing their lives due to being assaulted at work – it is horrendous.

“Society has become a little bit broken – it’s almost a badge of honour if you assault a prison officer or a police officer.”

Mrs Harper said she was “overwhelmed” with the support she has received for Harper’s Law so far.

Pc Harper’s three teenage killers were cleared of murder, but convicted of manslaughter after an Old Bailey trial in July.

Henry Long, 19, has since applied for permission to appeal against his 16-year jail sentence, while 18-year-olds Albert Bowers and Jessie Cole are looking to challenge their convictions and 13-year prison terms.

In a separate move, the Attorney General has also referred the jail terms to the Court of Appeal to consider whether they were too lenient.