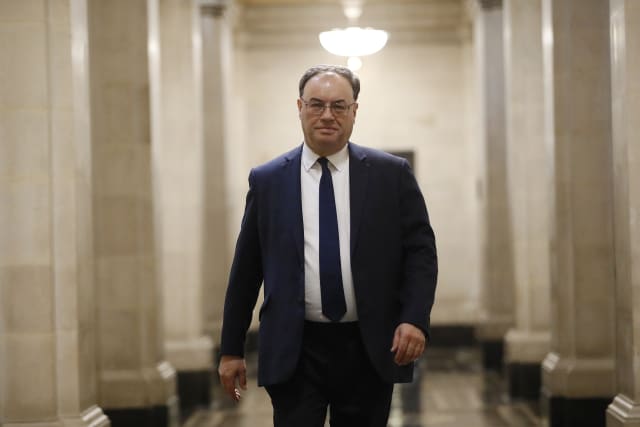 Bank of England governor Andrew Bailey has warned the surge in Covid-19 cases threatens the outlook for the UK economy, but stressed policymakers will do “everything we can” to support households and businesses.

Speaking on a British Chambers of Commerce webinar, Mr Bailey cautioned over “hard yards ahead” for the economy as Britain faces a second wave of coronavirus infections.

He said the rapid rise of cases “reinforce the downside risks” to the economy as he laid bare worries over unemployment that is rising faster than shown in official data and long-term scarring from the crisis.

He said: “The latest news, that we are seeing a very unfortunate, faster return of Covid-19 is extremely difficult news for all of us and the whole country.

“That does reinforce the downside risks we have in our forecasts.

“The Bank of England will do everything we can do within our remit and powers to support the businesses and people of this country. And we will do that.”

His comments come as the latest data reveals new Covid-19 cases reached 4,300 on Monday and as government health experts warned the UK could see 50,000 cases a day by mid-October unless restrictions are tightened urgently.

Mr Bailey said now was the time to “stop and rethink” the furlough support scheme for workers, which comes to an end next month, in favour of a targeted approach.

But he said he did not want to “tie the Chancellor’s hands”, adding “the world is changing rapidly around us”.

He also played down the prospect of the UK imminently slashing interest rates into negative territory for the first time in history, insisting the Bank just needed to make sure it could do so if needed.

Speculation over below-zero rates mounted last week after minutes of its latest Monetary Policy Committee (MPC) meeting revealed the Bank was looking at how negative rates could be put into practice.

But Mr Bailey said: “It would be a cardinal sin in my view if we said we had a tool in the box which we didn’t think could be operationally used.

“Yes it’s in the tool bag, but that doesn’t mean we’re going to use negative rates,” he added.