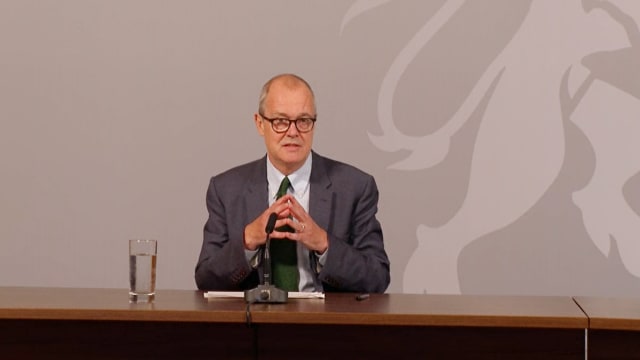 The UK could see 50,000 Covid-19 cases a day by mid-October and a daily death toll of 200 or more a month later unless urgent action is taken, the Government’s chief scientific adviser has warned.

Prime Minister Boris Johnson will set out steps to tackle a second wave of coronavirus when he appears before MPs on Tuesday following the stark assessment from Sir Patrick Vallance and England’s chief medical officer Professor Chris Whitty.

Britons were warned to brace for a tough six months as the virus could spread more easily during the autumn and winter, with Prof Whitty hinting restrictions on social lives were needed to prevent coronavirus spiralling out of control, highlighting a need to “break unnecessary links” between households.

Mr Johnson will chair meetings of Cabinet and the Cobra emergency committee – including the leaders of Scotland, Wales and Northern Ireland – on Tuesday as he considers what action to take.

Health Secretary Matt Hancock refused to guarantee that pubs in England would be allowed to open this weekend as ministers considered options to limit the spread of the virus.

He said the country was at a “tipping point” and “we’re working right now on what further measures may be necessary”.

The UK’s four chief medical officers recommended raising the Covid alert level from three to four – the second highest – indicating the “epidemic is in general circulation; transmission is high or rising exponentially”.

Sir Patrick said there was “no doubt” the UK was seeing increasing cases of Covid-19 among all age groups.

He said it was “not a prediction” but the current doubling of cases every seven days could lead to a dramatic rise in hospitalisations and deaths.

In mid-September, around 3,000 new cases were recorded every day in the UK and if the growth continued unabated that would result in 50,000 cases by the middle of October.

He warned the “50,000 cases per day would be expected to lead a month later, so the middle of November, say, to 200-plus deaths per day”.

“The challenge therefore is to make sure the doubling time does not stay at seven days.”

Prof Whitty suggested that reducing social contacts was a key way to curb the spread but acknowledged there was a balance to be struck in terms of protecting the economy.

“Ministers making decisions – and all of society – have to walk this very difficult balance,” he said.

“If we do too little, this virus will go out of control and you will get significant numbers of increased direct and indirect deaths.

“But if we go too far the other way, then we can cause damage to the economy which can feed through to unemployment, to poverty, to deprivation – all of which have long-term health effects, so we need always to keep these two sides in mind.”

He suggested that science would eventually “ride to our rescue” but “in this period of the next six months, I think we have to realise that we have to take this, collectively, very seriously”.

The Government said that as of 9am on Monday, there had been a further 4,368 lab-confirmed cases of coronavirus in the UK.

Earlier on Monday, Mr Hancock said the Government was “determined” to keep schools open during the next phase of the coronavirus response, adding: “The evidence is that schools aren’t where a lot of transmission happens, it’s more about people socialising.”

Asked by presenter Phillip Schofield on ITV’s This Morning if people would be “locked down in our own homes socially”, Mr Hancock said: “Well there are already parts of the country where, sadly, there are measures in place to say you shouldn’t socialise with people outside your household.”

Other measures which have been introduced in local lockdowns across England have included 10pm curfews for pubs and restaurants.

Mr Hancock said he wanted Christmas to be “as normal as possible” and suggested a vaccine could be available early next year “if all goes well”.

– Extra restrictions on social gatherings are to be imposed across Northern Ireland from Tuesday, with a ban on two households mixing indoors – except for some exemptions – and no more than six people from two households allowed meet in private gardens.

– Local restrictions in England on mixing with people outside your own household will be eased to allow family or friends to provide childcare, although Mr Hancock said there would still be a ban on “playdates or parties”.

– Bridgend, Merthyr Tydfil, Newport and Blaenau Gwent in south Wales will be placed under a local lockdown from 6pm on Tuesday.

– Hospital patients, care home residents and workers, NHS staff and teachers are among those being given priority for Covid-19 tests in England as the system continues to fail to meet demand.