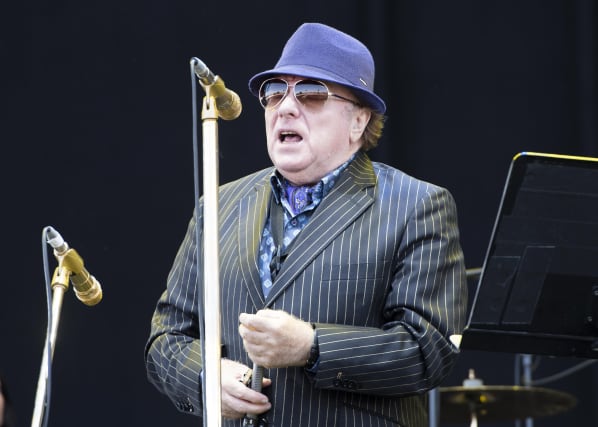 Northern Ireland’s leaders have urged the public not to be swayed by Sir Van Morrison’s coronavirus protest songs and instead listen to scientific evidence.

In them, Sir Van accused the Government of taking people’s freedom and alleged scientists were making up “crooked facts” to justify restrictions to “enslave” the population.

Mrs Foster said: “I think Van has a particular view on governments across the world and not just the executive here in Northern Ireland.

“But, look, we live in a free society. Van writes many songs about many issues.

“He’s decided to write some protest songs around lockdown. I don’t agree with his messaging, obviously.

“But we live in a free country and therefore it is his right to write those songs.

“What I’m asking people to do is to look at that in the context of art and entertainment, whereas we’re giving you a message based on science and data and the best advice that we have, and I hope that people will listen to the first and deputy first ministers, and to the executive, when we say this is a real threat, we need to take action, and we’re asking you to work with us on proportionate action.”

“But I think his interventions are unhelpful, particularly given the juncture that we now are at in terms of trying to deal with Covid-19,” she added.

“We’re trying to save lives based on the best medical and scientific advice that we have and we’ll continue to do that.”

What do the new lockdown rules mean for me?