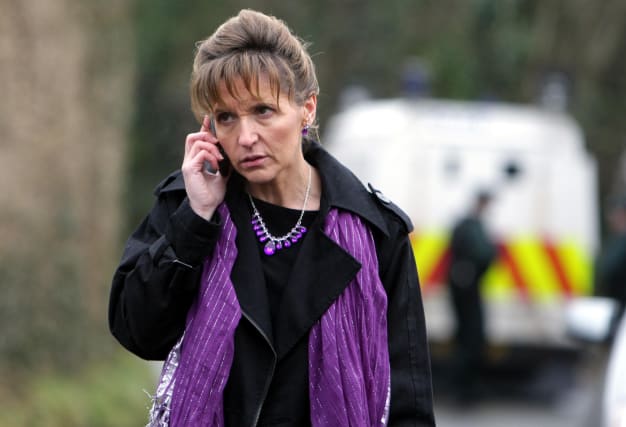 The British Government is driving a horse and cart through the Good Friday Agreement, critics said.

The Bill has an impact on the protocol – part of the EU Withdrawal Agreement intended to prevent a hard border returning to the island of Ireland after Brexit if no trade deal is reached.

It is designed to ensure that keeping Northern Ireland in line with the EU’s customs rules does not hinder the country’s ability to trade with the rest of the UK.

“The protocol was not perfect, it was an ugly compromise but it mitigated the worst impact of Brexit.”

Her party’s motion before the Assembly for debate on Monday said it would be entirely unacceptable if the British Government sought to abandon the protocol’s safeguards.

Ms Anderson said: “British ministers have expressed an interest in lighting a bonfire under hard-won rights.”

She urged the EU and the Irish government to “stand firm” in defence of the peace process in opposition to the “increasingly reckless” actions of a Government led by Prime Minister Boris Johnson.

Senior Democratic Unionist Paul Givan said the protocol was an instrument to punish the people of the UK and could be used by the “predatory” Republic of Ireland to obtain commercial advantage.

He said: “This is a motion which is politically and ideologically driven to advance the only issue Sinn Fein cares about when it comes to Brexit.

“That is the reunification of Ireland.”

Ms Anderson said the Internal Market Bill was bad for everyone on the island of Ireland.

She added: “The British Government is driving a horse and cart through strands one, two and three of the Good Friday Agreement.”