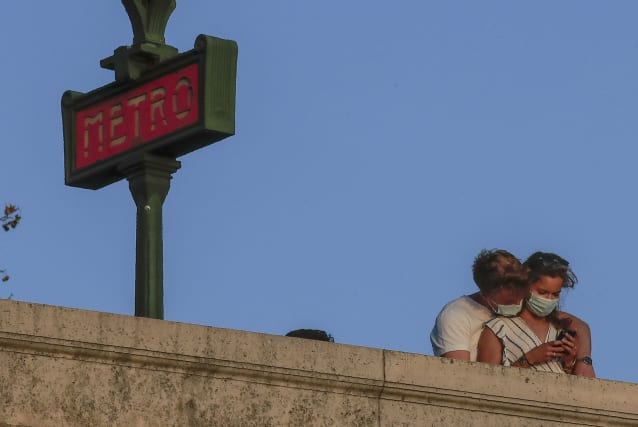 The Government’s chief scientific adviser has warned that the rising coronavirus rates in Spain and France have shown that mounting cases translate into more deaths.

Sir Patrick Vallance said that in Spain and France the spread began with younger people in their 20s but moved to older ages, which led to more patients being admitted to hospital.

He told a press briefing on Monday that this had “sadly but not unexpectedly” led to a rise in deaths.

Sir Patrick added: “It started with younger people in their 20s and spread gradually to older ages as well.

“That increasing case number has translated into an increase in hospitalisations.

“As the hospitalisations have increased… very sadly, but not unexpectedly, deaths are also increasing.”

His comments came after a minister warned the UK was only a few weeks behind Europe, particularly Spain and France.

“It is clear we’re just a few weeks behind what we’re seeing elsewhere in Europe.

“You only have to look at what’s happening in France, particularly in Spain, and you can see that things have taken off there including, I’m afraid, deaths.

“So it is very important that we do everything we can to bear down on this.

“It’s absolutely vital that people do (follow restrictions) because otherwise we’re going to end up back in situations we don’t want to be in.”

The latest figures from the European Centre for Disease Prevention and Control (ECDC) show that the most recent 14-day cumulative total of Covid-19 cases per 100,000 population for Spain was 300.5, and 185.8 in France.

The UK was in third place with a figure of 69.3, according to the data which was updated on Sunday.

The UK by comparison reported 4,422 cases on Sunday and 27 deaths, according to the ECDC data.

But the ECDC warned that comparisons between countries should be made with caution as the data is subject to updates and corrections.

Restrictions on movement across parts of Madrid came into effect on Monday, with access to parks and public areas restricted, gatherings limited to six people and shops having to close by 10pm in affected areas.